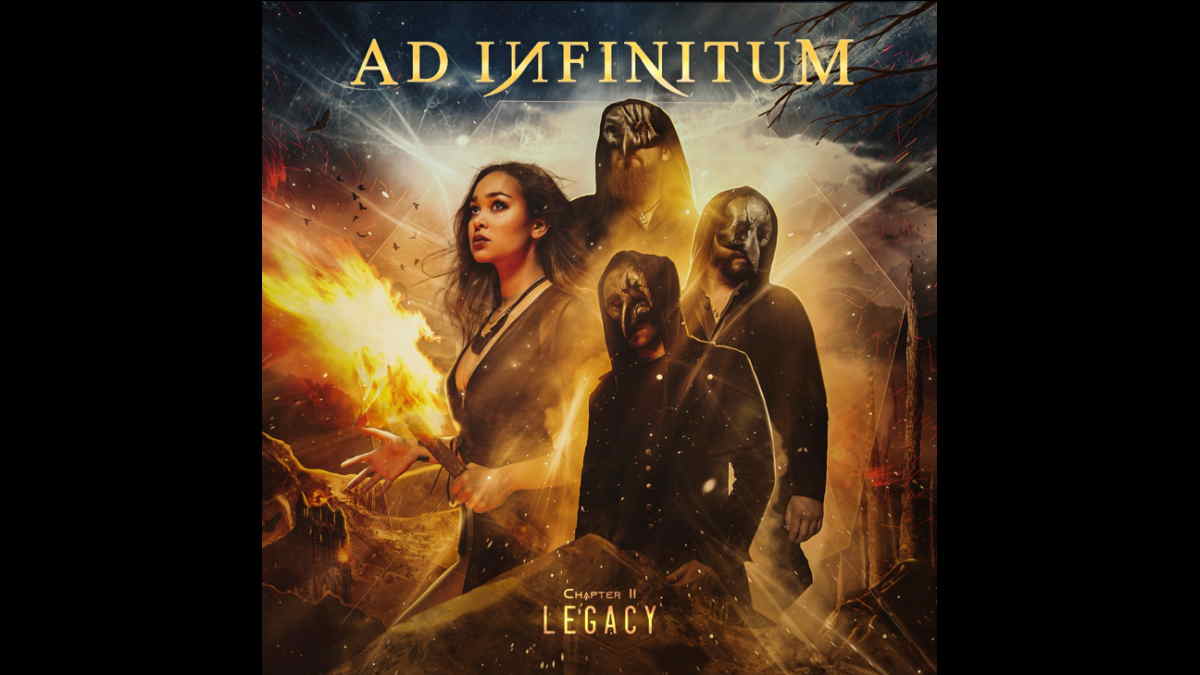 Ad Infinitum have premiered a music video for their new single "Inferno". The track comes from their recently released album, "Chapter II - Legacy".

They had this to say about the new single, "One month since the release of Chapter II - Legacy and the positive feedbacks received went straight to our heart. We decided to keep the party going a little longer with one more video featuring one of the band's favorite tracks on this second album. "

The group said of the album, "Chapter II - Legacy holds a very special place in our heart. It represents months and months of hard work of four bandmates, for a result that we are proud to call 'self-produced'.

"For this record, we decided to work without the influence of an external producer during the songwriting process and to team up with Elias Holmlid for the beautiful and epic orchestrations and of course with Jacob Hansen who recorded [vocals], mixed, mastered and participated to the post production. A younger and heavier sound that defines AD INFINITUMlike never before." Watch the video below: