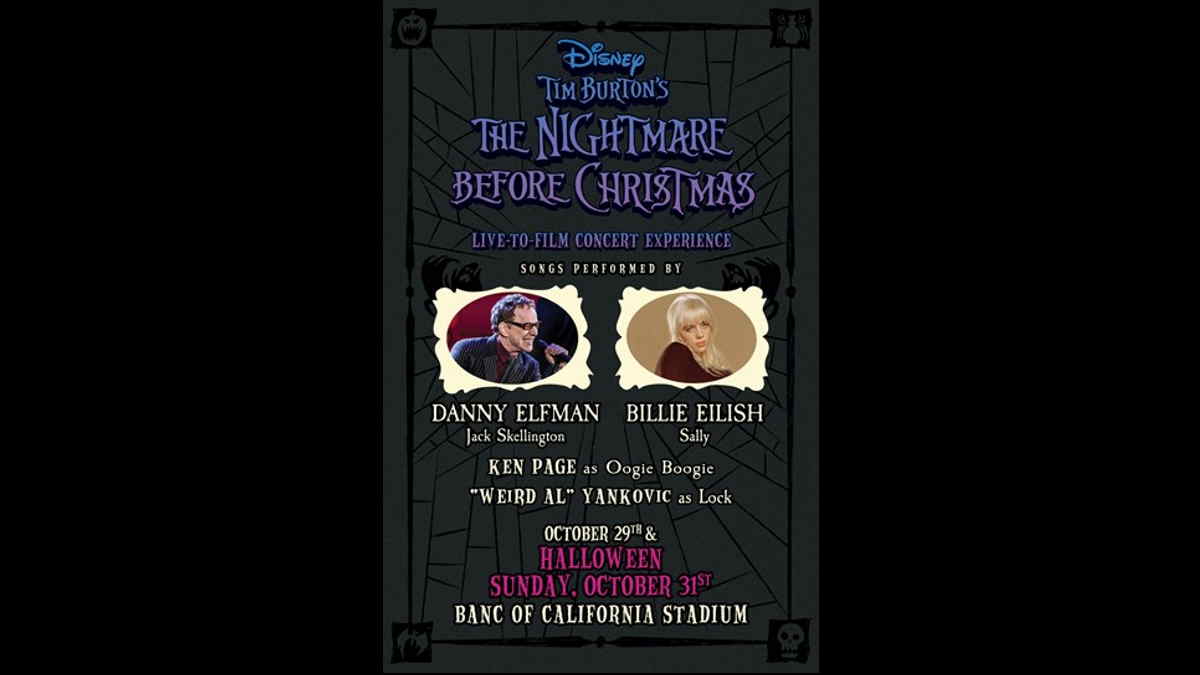 Shows will take place on Friday, October 29 (8:00pm) and Sunday, October 31 (family-friendly time of 6:30pm), with ticket prices ranging from $39.50-$179.50. In addition to the performance, each night will feature trick-or-treating across the venue and a stadium wide, crowd-voted costume contest.

"I'm absolutely thrilled to have Billie joining up with the nightmare crew!" Elfman says of the announcement. "This will be a real treat (not a trick)!"

Eilish most recently released her critically acclaimed sophomore album Happier Than Ever on July 30, and its accompanying concert film Happier Than Ever: A Love Letter to Los Angeles premiered globally on Disney+ on September 3.

Elfman will reprise his famed original singing voice role of Jack Skellington for both nights, along with Ken Page in his original iconic singing role of Oogie Boogie and "Weird Al" Yankovic set to take on the singing role of Lock.

After three long years, this year's shows mark the welcome return of one of Los Angeles' pre-eminent and classic live Halloween experiences for all ages.