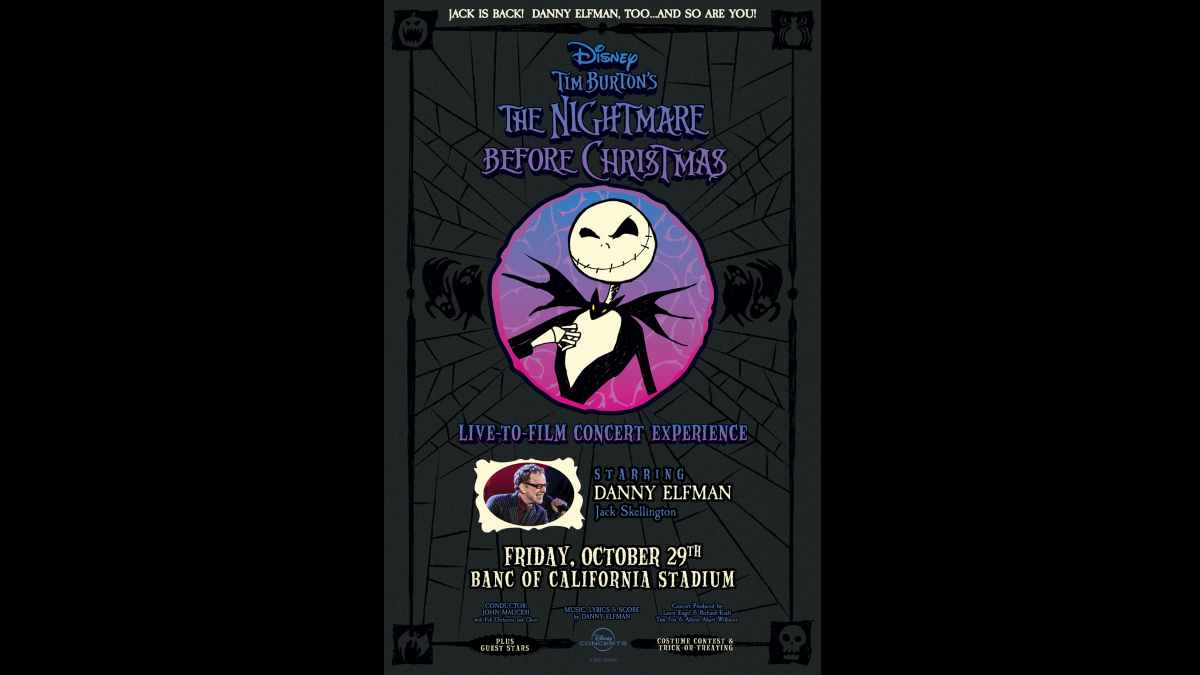 Danny Elfman has announced that he will be presenting a live-to-film concert experience of the classic "Tim Burton's The Nightmare Before Christmas" on Friday, October 29 at the Banc of California Stadium in Los Angeles.

Elfman - who composed the original film's music, lyrics and score - will reprise his famed original singing voice role of Jack Skellington, with additional original voices and special guest stars to will be revealed soon.

Elfman had this to say, "Jack Is Back! I was so sorry to have missed last Halloween. (We all know why). BUT- I'm not skipping this year. Jack wants to get back on stage. I can't wait to see you all."

Concert Co-Producers from AMP (Alison Ahart Williams, Tim Fox & Georgina Ryder) added, "As the world is able to once again celebrate live music and art together as a community, we are proud to be able to bring Jack back to the Los Angeles community and look forward to celebrating right alongside the fans."