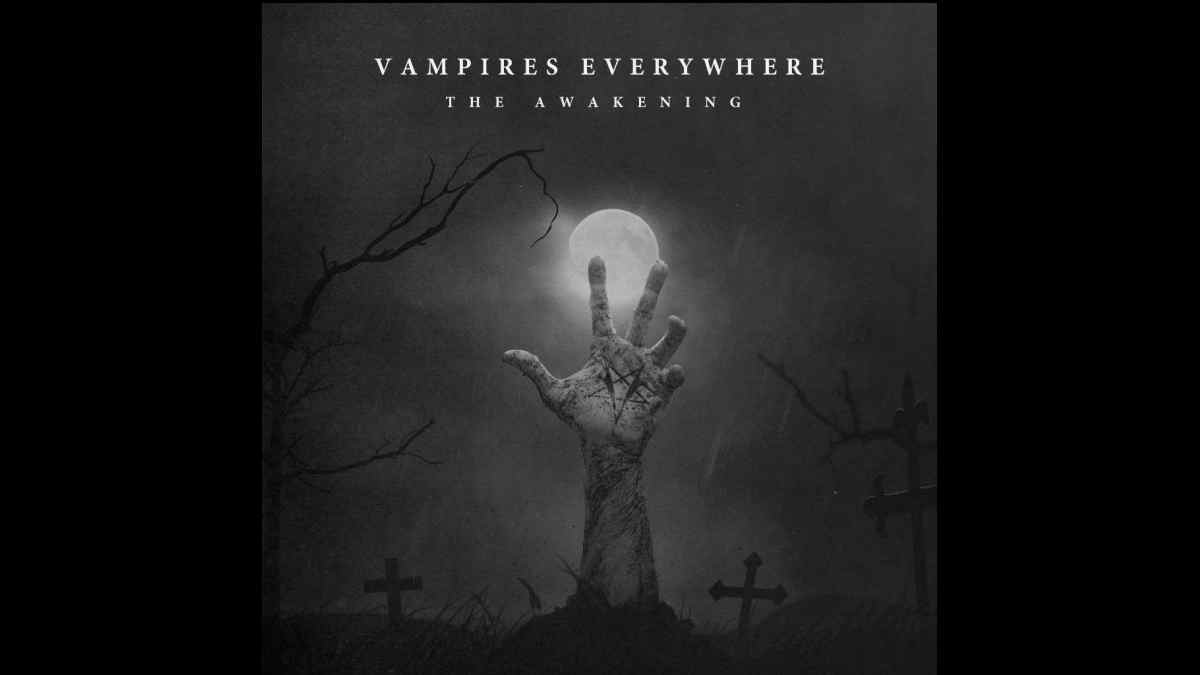 Vampires Everywhere have shared a video for their cover of The Weeknd's hit "The Hills", to celebrate the release of their new EP, "The Awakening".

Frontman Michael Vampire had this to say, "It's absolutely insane to me that I'm releasing another piece of work under the Vampires Everywhere moniker! It's such an amazing feeling bringing this band back full circle and bringing it back strong.

"The idea of ending the hiatus dawned on me about a year ago. It's been such a mindf*** putting all the pieces back together and for all intents and purposes, starting from scratch.

"The music industry is a fickle entity that must be approached with intensity and extreme vigilance, which I think we approached this comeback with all of those elements.

"It's with great happiness that we release The Awakening, which I feel is a fresh but nostalgic body of work that represents VE 3.0. Self-produced by me and Craig Pirtle, this EP is personal and not dated! We wanted an album that would pull at the heartstrings of the new wave of rock but still pledge its undying loyalty to the VE fans that helped shape the band over the last 11 years.

I think Matt Good did a great job mixing it! He fit us in right before he started recording Asking Alexandria. Big thanks to Matt for making that happen.

He said of the cover, "I am a giant The Weeknd fan! I've been captivated by this artist for quite some time and I knew I would eventually cover one of his songs. I think "The Hills" was a perfect choice for my voice.

"The lyrics really speak to me. We wanted to maintain the beauty of the original song but also bring heavy vibes to it. I believe we absolutely did this song justice and hope The Weeknd ends up hearing it!

"I recruited Randy Edwards, who did our last 4 music videos to come out to Los Angeles and bring my vision to life. I didn't want a storyline for this particular video and wanted the performance to speak for itself.

"Unfortunately, we shot in a warehouse space that was 100 degrees the whole time, but we still managed to kick some ass and bring this video to life!" Watch the video below: