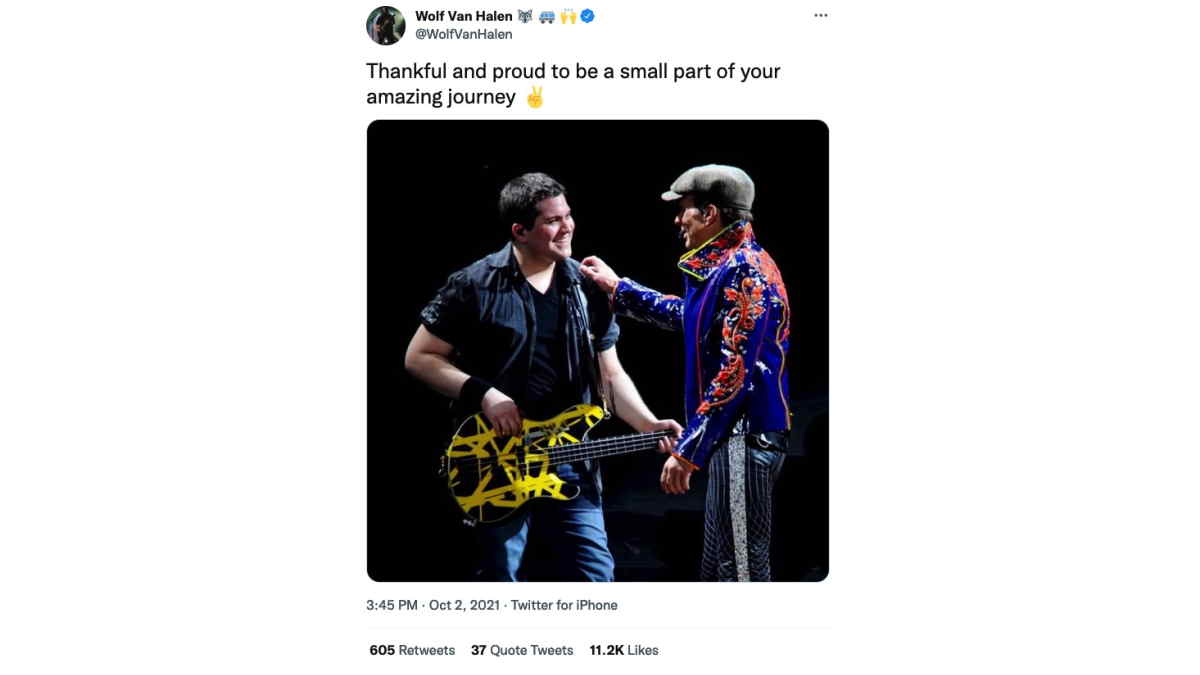 The son of guitarist Eddie Van Halen joined the legendary group's lineup on bass in 2007 and was on board for three tours and the 2012 album, "A Different Kind Of Truth", before a final North American trek saw them perform their final concert at the Hollywood Bowl in October of 2015, with Eddie passing away last October at the age of 65 after a lengthy battle with cancer.

"Thankful and proud to be a small part of your amazing journey," shared the Mammoth WVH rocker following Roth's announcement that a series of Las Vegas shows starting later this year will mark the end of his performing career.

"I am throwing in the shoes. I'm retiring," Roth told the Las Vegas Review-Journal about the appearances at the House Of Blues inside Mandalay Bay that will start on New Year's Eve. "These are my last five shows."

"I know that when I am in the audience, whether you come out with a ukulele or a marching band," he added, "all I ask is you give me everything you've got to give. That's what I did for the last 50 years.

"I've given you all I've got to give. It's been an amazing, great run, no regrets, nothing to say about anybody. I'll miss you all. Stay frosty." See the Tweet here.