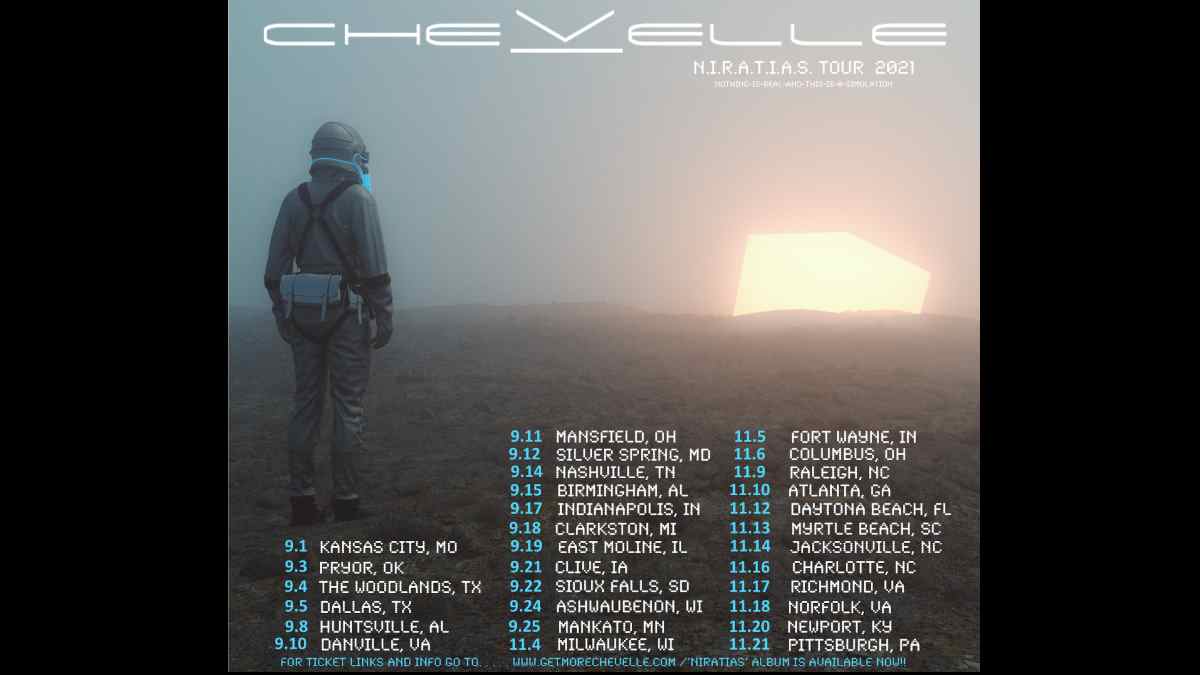 Chevelle have announced that they have canceled over a dozen live dates next month "Due to changing circumstances beyond [their] control" that prevent them from delivering "performances to the same scale" that their fans deserve.

The canceled dates in support of their "Niratias" album begin with their planned November 4th concert at the Eagles Ballroom in Milwaukee and run through November 21st where they were to play Stage AE in Pittsburg.
They shared the following update via social media, "We regret to inform our fans that we are unable to move forward with our planned November tour dates. Due to changing circumstances beyond our control, it has become difficult to resume performances to the same scale our fans deserve.

"Touring is our life and performing live for our fans is the best part of our job. We are disappointed to not hit the road again but we are making good use of this time to write new music.

"We want to thank our fans for supporting 'Niratias' and we will see you back out there!" See the canceled dates below: