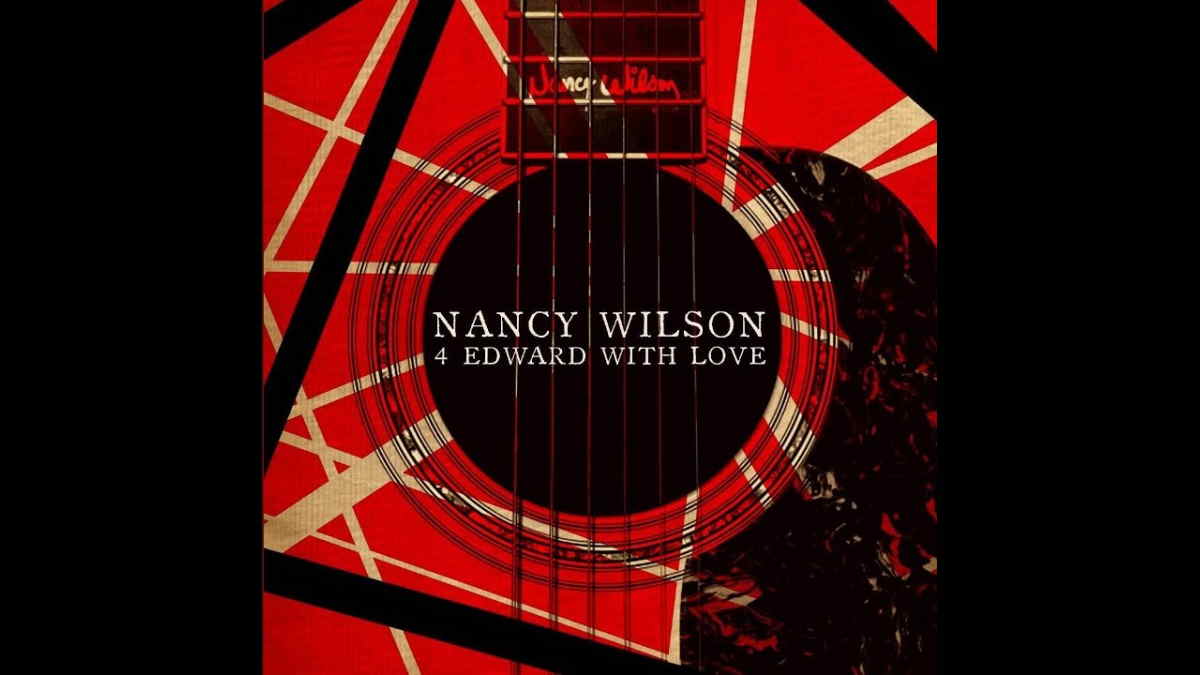 (hennemusic) Heart guitarist Nancy Wilson has issued a video of "4 Edward With Love", an extended version of her tribute to Eddie Van Halen, "4 Edward", in sync with the first anniversary of the passing of the iconic rocker on October 6.

Having been on the road with Van Halen a few times through the years, Wilson was inspired to write and release the original version of the track on her 2021 album, "You And Me."

"Eddie actually complimented me on my acoustic playing, and I said, 'Oh, coming from you, that's everything', Wilson told Guitar World earlier this year. "And I asked him, 'Why don't you play more acoustic yourself?' And he goes, 'Well, you know, I don't really have one.' I told him, 'I'm giving you this one right now!' I think we were backstage and I said, 'Give that man a guitar!'

"So then at the crack of dawn the next morning, the phone in my hotel room rings, and it's Eddie. It was obvious he had been up all night and he said, 'Listen.' And I listened to him play this gorgeous acoustic instrumental piece that started sort of classical, had a lot of fiery kind of stuff in the middle, and then kind of finished up with a beautiful major chord thing.

"So when he left us recently, I thought, Okay... I'm recording... I should do an instrumental... I should dedicate it to Eddie."

Recognized worldwide for his breakthrough 1978 track, "Eruption", Van Halen recorded several instrumental pieces throughout his career, as did Wilson with Heart.

Eddie passed away last October in a Santa Monica, CA hospital at the age of 65 from a stroke following a lengthy battle with cancer. Stream the tribute here.