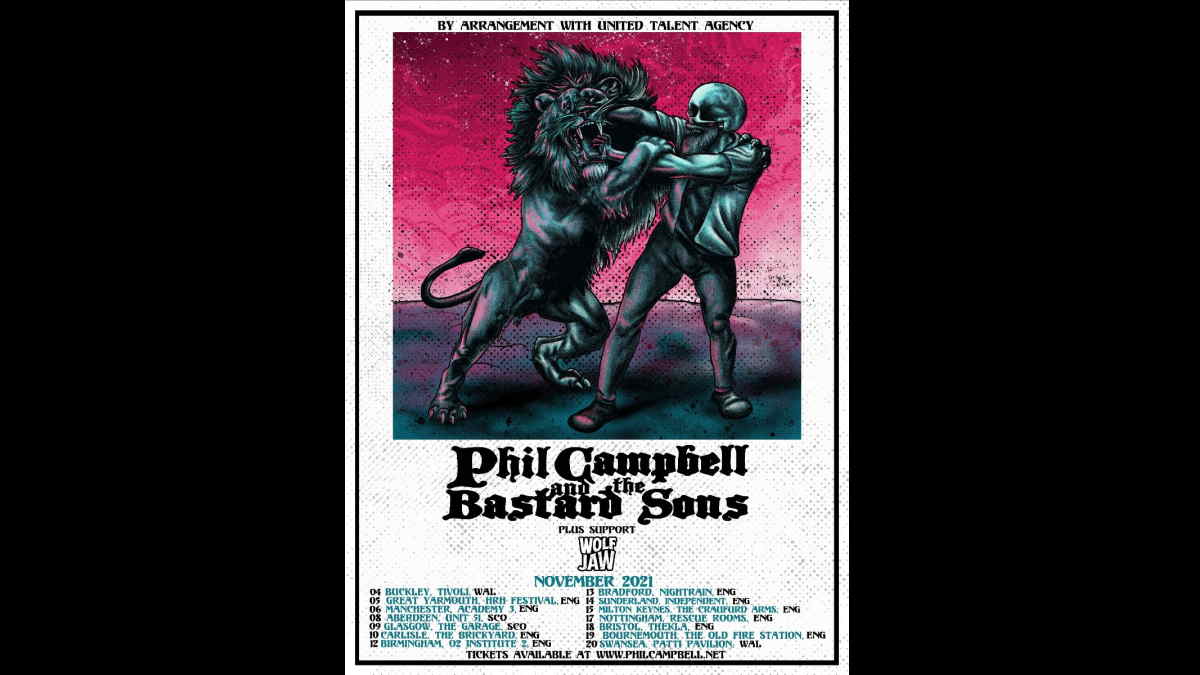 Phil Campbell And The Bastard Sons have announced that they have recruited Bootyard Bandits frontman Joel Peters to take on lead vocals duties for their upcoming UK tour.

The band had this to say, "Joel stood out from the very start. Rehearsals have gone well and we were extremely happy with Joel's performance at Headbanger's Balls Fest in Belgium last weekend, so we've decided to give him the role for the upcoming UK tour in November."

Joel added, "I'm stoked that the guys have asked me along to do the Phil Campbell And The Bastard Sons UK tour this November. It's an honour to have been given the opportunity to play alongside these absolute legends whose music I've loved listening to over the last few years. Can't wait to do the band and fans proud. See you all out on the road this November!"

The Motorhead guitarist and the band will be hitting the road on November 4th. See the dates below: