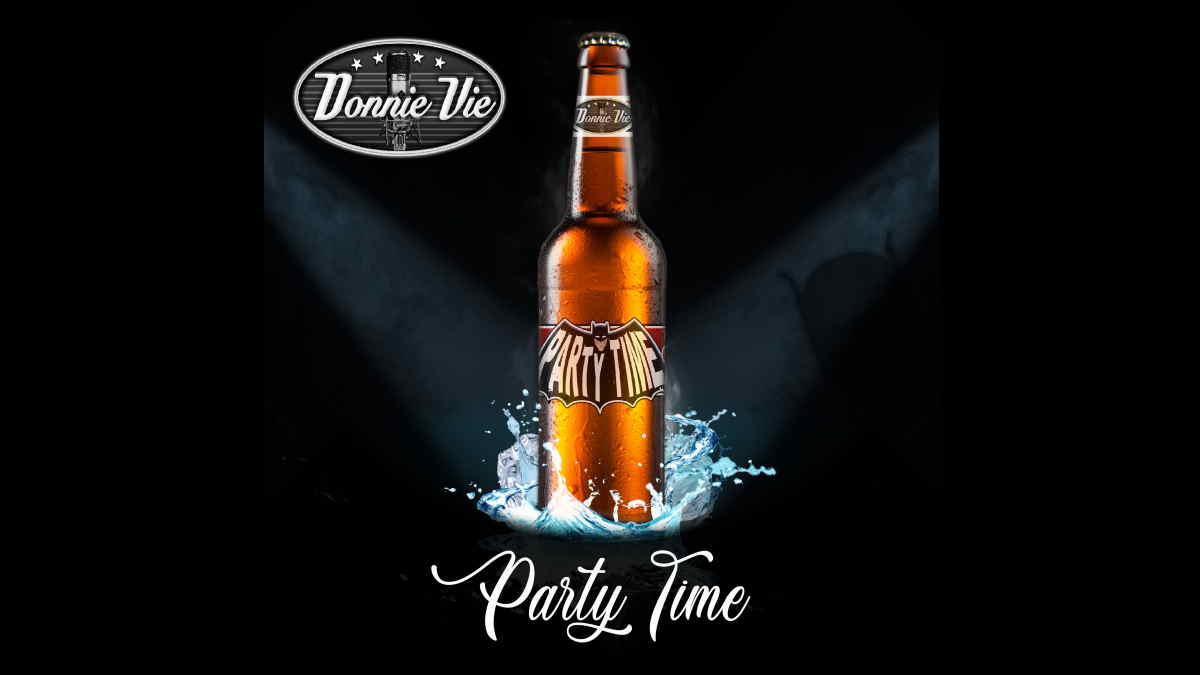 We were sent the following details: The "Party Time" song and upcoming video both contain Chip Znuff, which has brought the two together for the first time working together in 8 years. Full details of everything included in the box set can be found below. Donnie Vie recently collaborated with Howard Stern on a recording of Howard's song Bang O Clock.

Donnie Vie talking about his new box set "The Donnie Vie Collection", "This is a collection of the 5 studio records I've released as a solo artist. And a 6th record worth of new, unreleased songs that are snatched right out of my home studio demo collection. They may not be all dressed up in fancy wrappers but they taste the same. If you are already a Donnie Vie fan you will appreciate these all being rounded up and put on one new, modern format listening medium, being flash drive ( which also doubles as a VIP laminate to be used at my upcoming live concerts for meet 'n' greets), as some of these records aren't easy to find. Plus, you'll also really love these new songs that you've never heard, including the new single and video " Party Time". If I do say so myself this is a very cool thing to have as I enjoyed listening to it myself. Thank you my sisters and brothers, and I'll be seeing y'all real soon."

Continuing, Donnie added, "I literally have no idea how many songs I've written or even how many things I've released with and without Enuff Z'Nuff, because it's all about going on to the next thing as I finish the last. When I send it in, I'm finished with it and it's all yours. In fact, there are actually songs I've only sung or listened to one time throughout the collection of all my records; that's how many there are, and my policy that stands to this very day is, if it isn't as good or better than my last it goes back into the pantry to possibly be used to season some other future creation. That is why my fans love me as much as they do, cuz I love them enuff to serve them something special each time I cook for them. It's all about the fans. They are truly all that matters in this craft, or at least in my world. They never let me down so I never do to them. Now if we can only get about 20 million more of them we could change the world."

Zoom Call
A 15 minute Zoom call with Donnie Vie. A 1:1 Chat about anything you feel like.

Rare Vinyl Single
A 7" 45rpm vinyl of the original "Party Time" song, with cover displaying fan submitted photos, the B-side is the lockdown released "All My Favourite Things", and a signed lyric sheet of both songs

Signed USB Flashdrive
A credit card size USB release that doubles as a VIP Pass to meet Donnie for free at future concerts. Autographed by Donnie.

Albums
Albums that are out of print, hard to get a hold of, or expensive if purchased second hand. A new albums worth of material with 21 songs including 8 new songs, Beautiful Things demos, released singles and alternate versions

Artwork
As Donnie has never really been overly impressed with the album covers, Donnie and his artist friend of many years Lee Stokes got to work on re-creating something more fitting to Donnie's tastes.

Party Time
The digital version of the "Party Time" song, and the extended 4 minutes 51 version of the Batman 66 themed music video. Containing the real Batman, and filmed on location at Klairmont Kollections in Chicago.