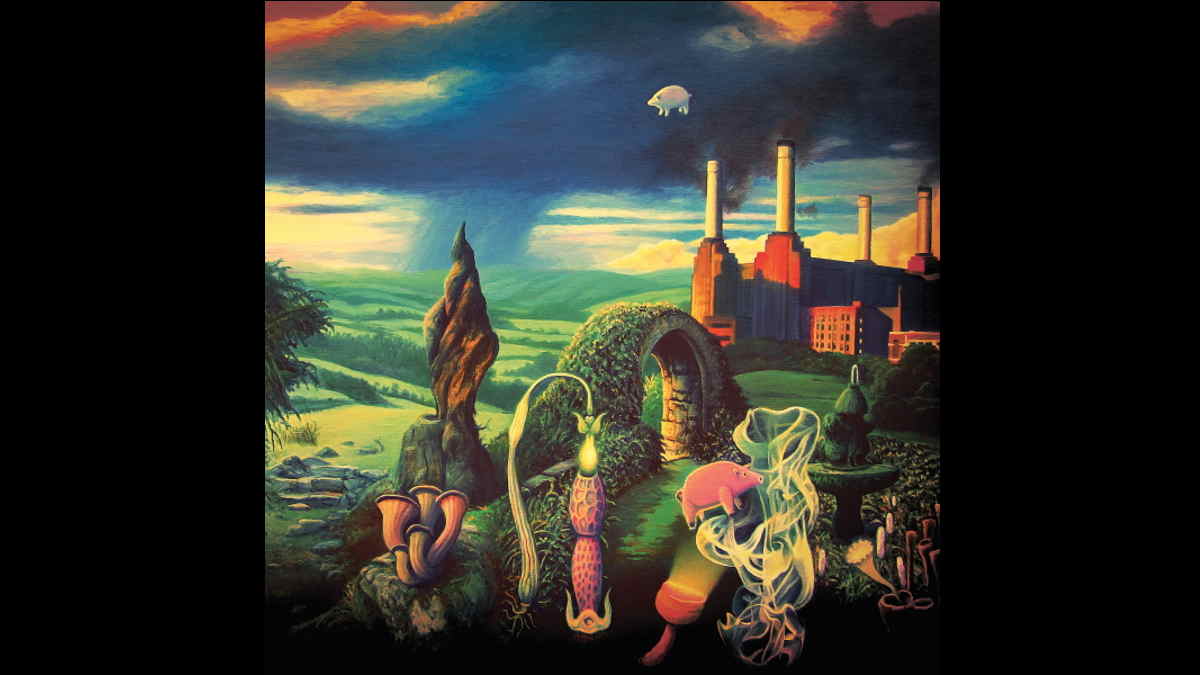 Fusing the white-hot guitar work of Floyd guitarist David Gilmour with the stone-cold cynicism of Roger Water's lyrics, Animals is widely hailed by die-hard Floyd fans as one of the group's most highly conceptual and uncompromising albums of their career, and certainly set the template for the commercial breakthrough that would come two years later with 1979's The Wall.

Now, some of the most veteran players and singers on the planet including jazz-rock guitar legend Al Di Meola, psych-rock godfather Arthur Brown, drum master Billy Cobham, UFO's Vinnie Moore, Bauhaus's David J, Dream Theater's James LaBrie, and so many more come to give their unique spins to this magnum opus. Each track of this groundbreaking work has been completely reimagined with modern production flourishes and tasteful musical additions while staying true to the original album's heady and subtly complex compositions.

Animals Reimagined - A Tribute To Pink Floyd is set for release on November 19 on both CD and digital with a vinyl version coming in 2022. The CD version comes in a deluxe 6-panel digipak with artwork created by the most successful digital artist working today, Mike "Beeple" Winkelmann, with cover art designed by James McCarthy. Look for the NFT charity auction of the front cover image later this year!

Listen to the new version of "Dogs," a superb 17-minute suite sung by Rainbow's Graham Bonnet with Vinnie Moore on guitar, Utopia's Kasim Sulton on bass, Dream Theater's Jordan Rudess on keyboards, and King Crimson drummer Pat Mastelotto. Check it out below: