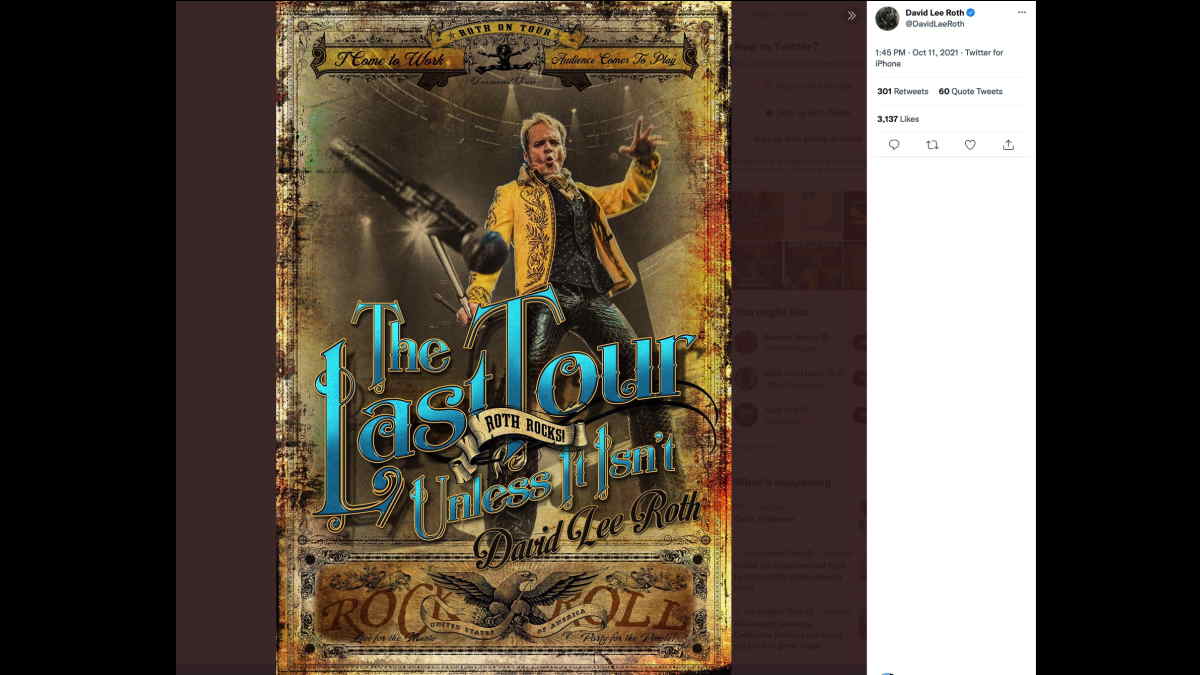 Van Halen frontman David Lee Roth made headlines recently when he declared that he is retiring from music and that his Las Vegas Residency concerts would be his last shows.

However, the outspoken vocalist has now shared an event poster via his Twitter account for the upcoming Vegas shows that declares "The Last Tour Unless It Isn't".

Roth recently told the Las Vegas Review Journal, " "I am throwing in the shoes. I'm retiring. This is the first, and only, official announcement. ... You've got the news. Share it with the world."

He then added, "I'm not going to explain the statement. The explanation is in a safe. These are my last five shows." Those shows at the House of Blues at Mandalay Bay in Las Vegas will kick off on New Year's Eve, followed by shows on January 1st, 5th, 7th and 8th.