Times Of Grace Share 'The Burden Of Belief' Virtual Performance 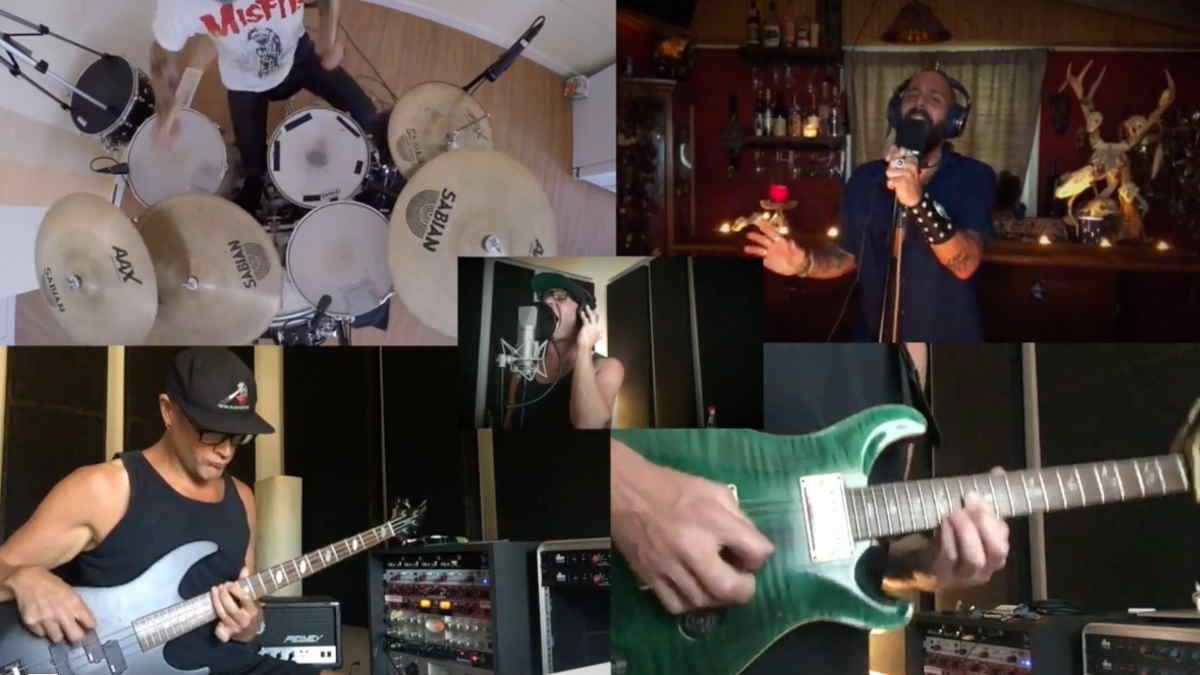 Killswitch Engage offshoot Times Of Grace have shared a virtual performance video for their song "The Burden Of Belief", which is a track on their recently released sophomore album "Songs Of Loss and Separation".

Jesse Leach had this to say, "'Burden' was one of the songs we originally thought really represented our newer album's sound overall. I could also always hear it like an acoustic song in my head, similar to 'The Forgotten One.'

"Perhaps someday we will do just that, but in the meantime, an 'at home' performance of the song felt like a cool thing to put out there. I really enjoyed setting a vibe and just belting it out.

"The song has such a deep meaning for me - hell, the whole album does. But there was always something about this song from the first time I heard the demos."

Adam Dutkiewicz added, "This is a version of 'The Burden of Belief' performed as it would be live, but done separately from our homes. Obviously, we'll need a bass player and second guitarist to help out for the real deal. We hope to bring this song, and many more, to your town at some point in the future."

Times Of Grace Share 'The Burden Of Belief' Virtual Performance