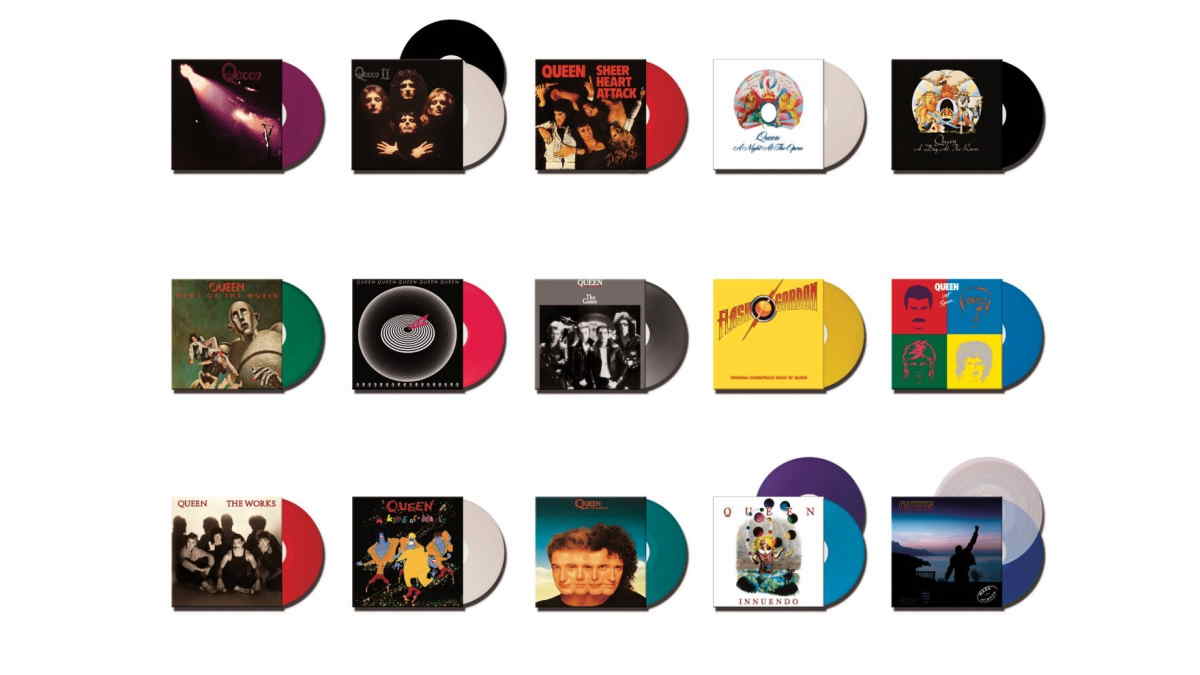 (hennemusic) Queen will re-release their 2015 vinyl box set, "The Studio Collection", on November 12. Due to overwhelming fan demand, the package - which completely sold out in its original run - has been re-manufactured in limited quantities for the 2021 reissue.

The 18LP half-speed 180 gram colored vinyl box set features all 15 of the band's studio records - from their self-titled 1973 debut to 1995's "Made In Heaven" - remastered by Bob Ludwig from their original master tapes.

Three of the albums - 1974's "Queen II", 1991's "Innuendo" and 1995's "Made In Heaven" - are presented as 2LP sets. "Queen: The Studio Collection" includes a lavishly illustrated 12 x 12 inch 108-page hardback book which features introductions to each album, quotes from Queen themselves, hand-written lyrics, rare photographs, memorabilia, and information on singles and videos - all made possible with unlimited access to Queen's own archive plus the personal archives of Brian May, Roger Taylor, and some generous fans.

Watch the video trailer for the set's original 2015 release here.