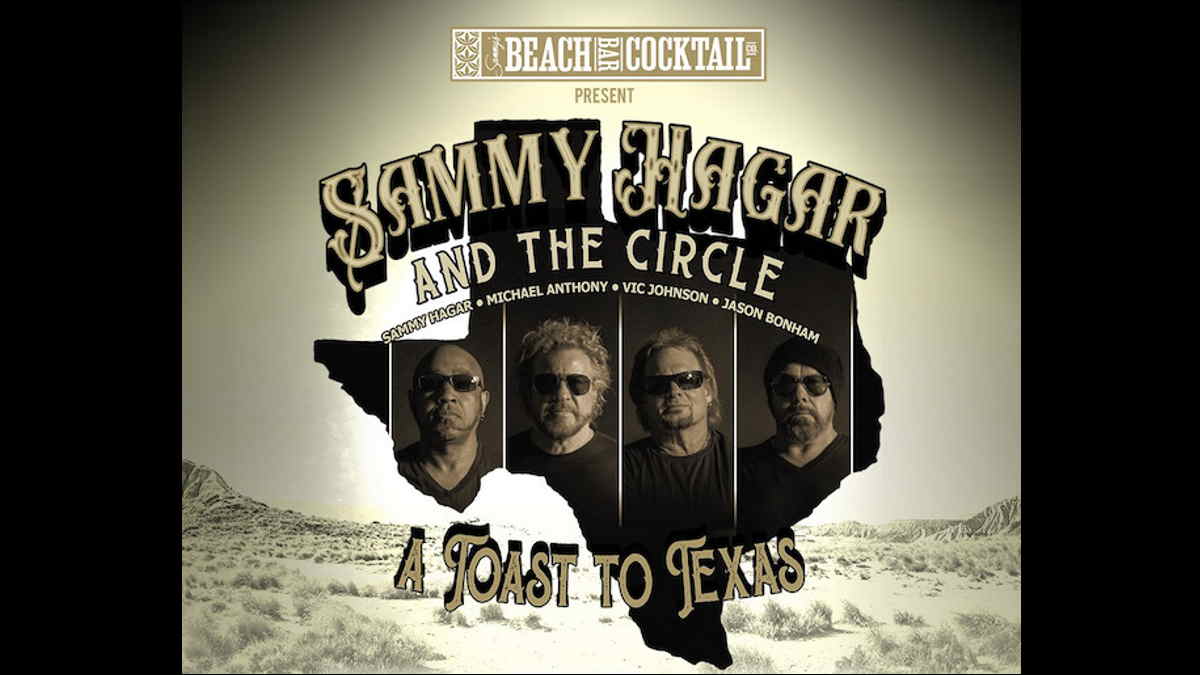 (hennemusic) Sammy Hagar and The Circle have announced dates for a mini-tour of Texas. The four-show "A Toast To Texas" series this December will see the band perform in Forth Worth, San Antonio, Austin and Houston.

"We chose cool, smaller venues on this tour so we could throw a party like we do in Cabo," explains Hagar. "We'll be back next summer with the big rock shows, this is a party we're throwing just for Texas."

Ahead of the December gigs, Hagar and his band will open a Las Vegas residency at the STRAT Hotel, Casino & SkyPod (formerly known as the Stratosphere) later this month. See the dates here.