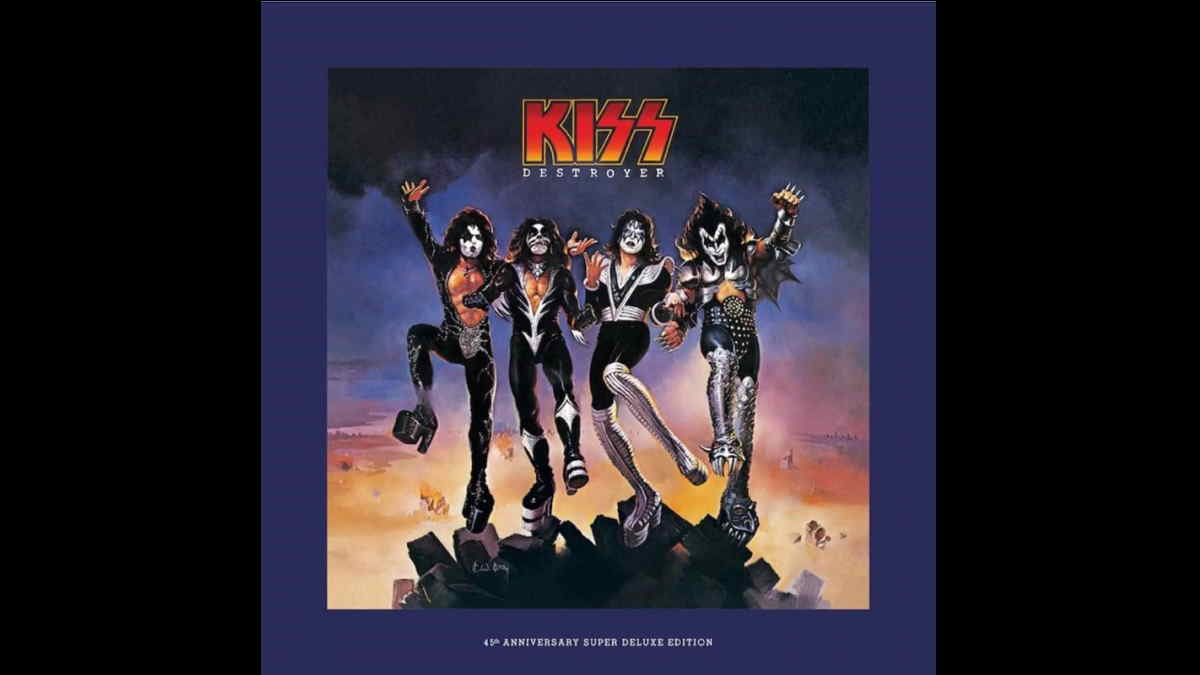 (hennemusic) KISS are streaming the original Paul Stanley demo of their 1976 classic, "Detroit Rock City", as the latest preview to the forthcoming 45th anniversary reissues of their fourth album, "Destroyer."

The record's opening track was issued as the fourth single from the project, which delivered their first US Top 20 album when it peaked at No. 11 on the Billboard 200 on its way to sales of more than 2 million copies in the region.

The 2021 reissue series will also be available in a Deluxe Edition 2CD package, and a 2LP set on standard double black vinyl and limited edition yellow and red double colored vinyl, as well as digital formats.

Listen to both the demo and full album versions of "Detroit Rock City" here.