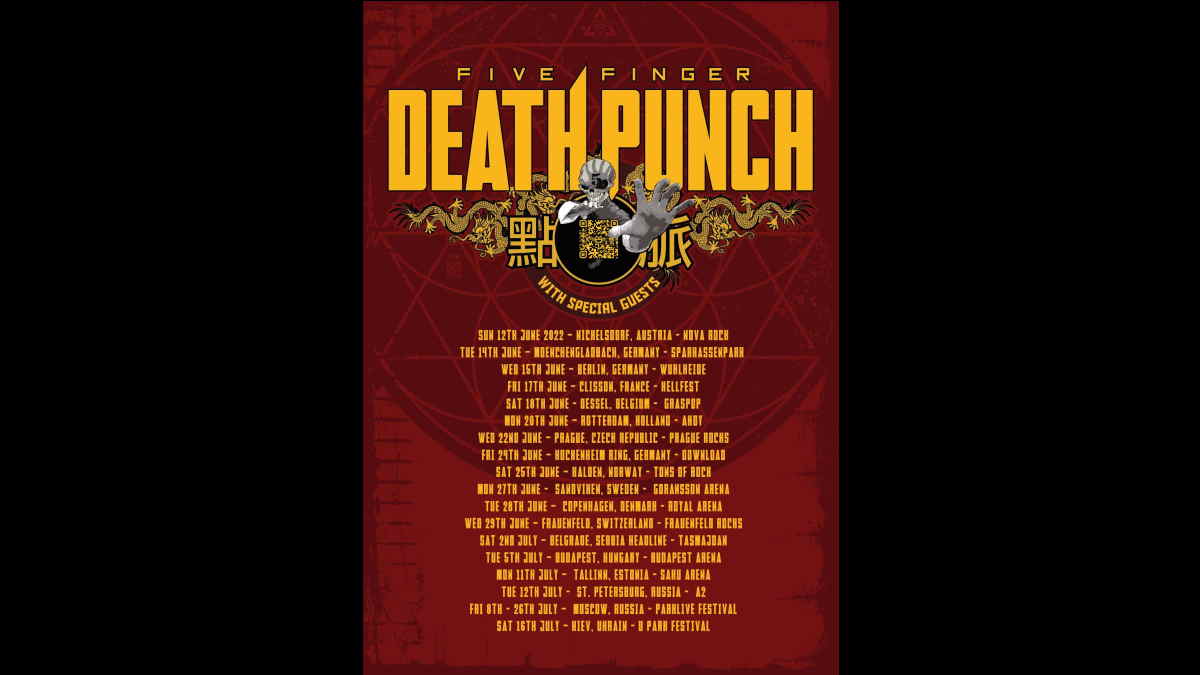 Five Finger Death Punch have announced that they will be returning to Europe next spring to launch their first tour European tour since 2020 that will feature headline shows and music festival appearances.

They will be kicking things off with an appearance at the Nova Rock Festival in Austria on June 12th and have announced dates through July 16th where they will rock the U Park Festival in Kiev, Ukraine.

According to the announcement, more dates are still to be revealed and thrash legends will also be joining them for the shows in Berlin, Moenchengladbach, and Rotterdam. See the dates below: