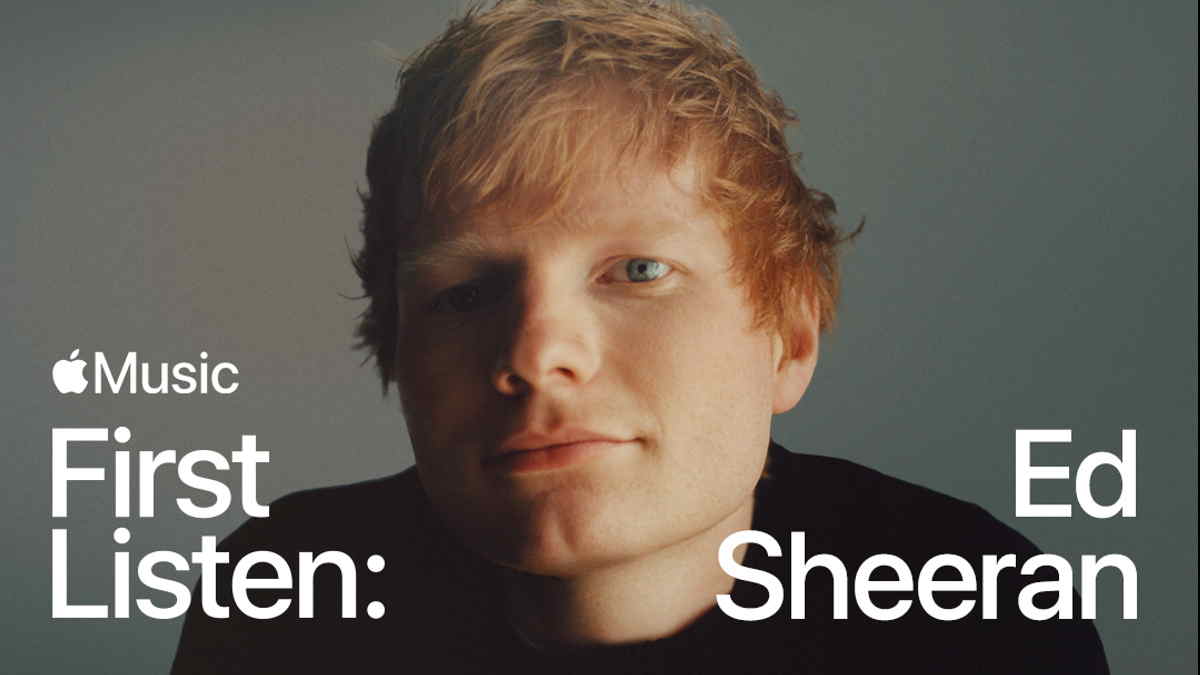 Ed Sheeran has teamed up with Apple Music to gives fans a "First Listen" to his new album "=" and will also be chatting with them about the record with a special streaming event.

During the live event, Sheeran will join Apple Music's Zane Lowe remotely to play new songs from '=,' to chat about the new album, and to answer questions from fans.

BB Guns sent over these details about the series: First Listen is a series of free Apple Music hosted virtual launch parties, harkening back to the album listening parties of yore but now with almost unlimited, ways for artists to connect with and treat their biggest fans to something special before releasing new music to the world. Acting as a live event extension of some of Apple Music's most popular and influential playlists, these virtual listening parties could include everything from unreleased tracks, to special surprise guests and more. Previous events featured some of the world's biggest artists including Olivia Rodrigo, Shawn Mendes, BLACKPINK, Bruce Springsteen, Keith Urban, Rauw Alejandro, Karol G, Moneybagg Yo, Migos, Dan + Shay, Belly, J Balvin and many more.