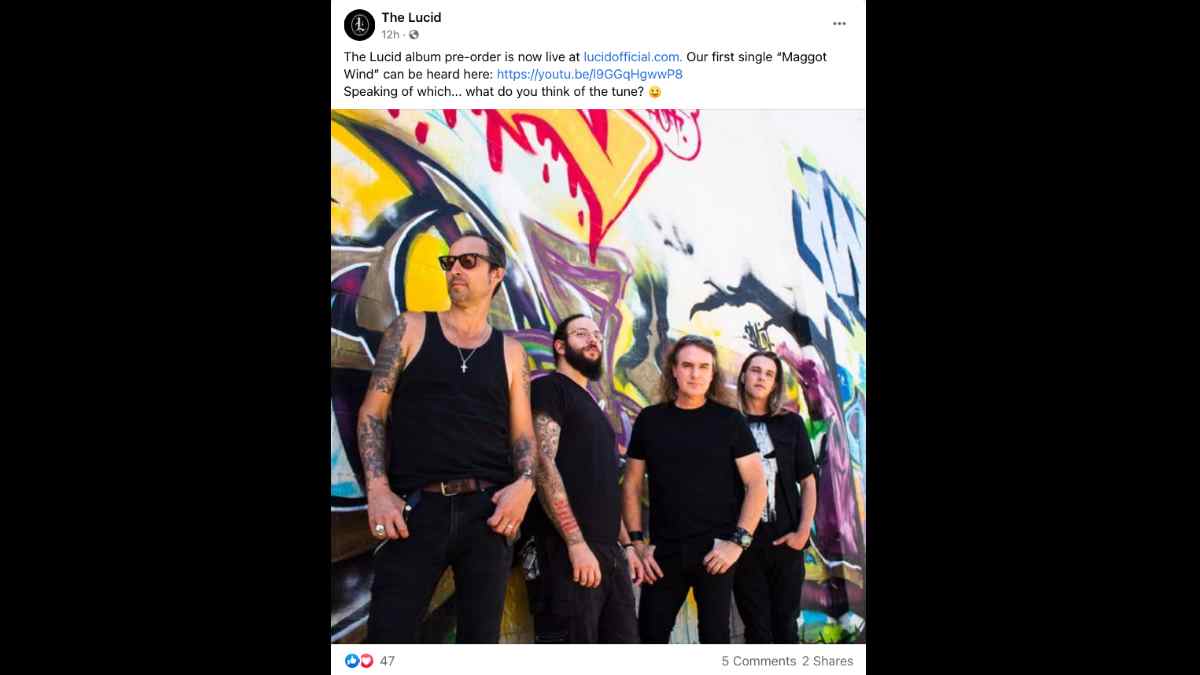 Megadeth cofounder David Ellefson's new supergroup The Lucid have premiered their first song "Maggot Wind", which is also the debut track from their forthcoming album.

The group have announced that they will be releasing self-titled album on October 15th. The 9-track effort was produced by Heller and mixed and mastered by Lasse Lammert.

Ellefson had this to say, "It's been a real blast making a record with these guys and I must say that it's refreshing to explore some new musical avenues... to step out a bit from what each of us have done stylistically in our own careers.

"There was an effortless synergy that came with creating these songs together which is always amazing when working with new people. I'm looking forward to everyone checking it out!" Stream their debut track below: