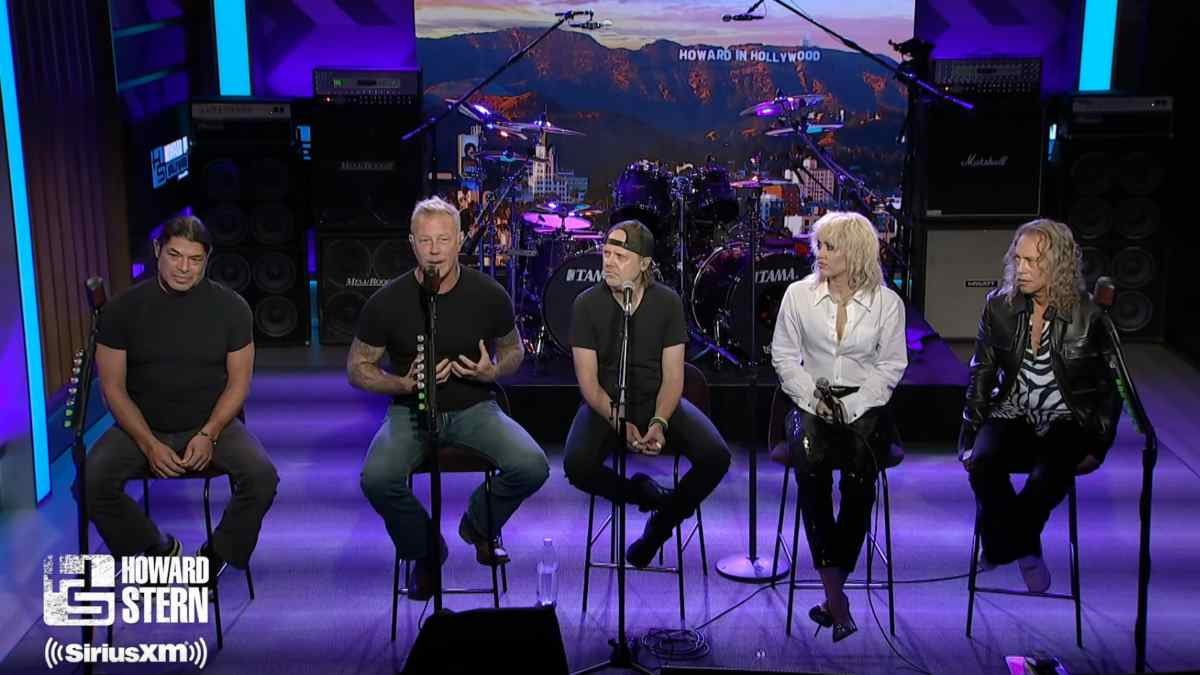 (hennemusic) Metallica launched a series of 30th anniversary reissues of their self-titled fifth album with an appearance on The Howard Stern Show, and the SiriusXM program is sharing video of the September 9 event, which took place the day before the project hit stores.

The band joined Stern's New York-based show remotely from Los Angeles to discuss and perform tracks from their 1991 commercial breakthrough; known as "The Black Album" for its classic cover, the set was their first record to top the US charts while going on to sell 16 million copies in the country and more than 31 million worldwide.

After rocking four albums of defining thrash metal, Metallica streamlined their material with the help of producer Bob Rock.

"We knew we needed to change," recalled James Hetfield, "but we didn't want to."

"It was time for us to do something different," acknowledged Lars Ulrich, who explained Rock's vision for the album: "His whole thing was he felt we never captured what we were doing live on a record ... He said, 'I can do that for you.'"

Miley Cyrus sat in with Metallica for some Q&A and joined the group for a live studio performance of "Nothing Else Matters", which she recorded for a companion compilation called "The Metallica Blacklist", alongside Elton John, who appeared on the show via Zoom.

"This is one of the best songs ever written, to me," said Elton. "It's a song that never gets old. Playing on this track I just couldn't wait because the chord structure, the melodies, the time changes - it's got drama written all over it," adding, "This is just such a melodic song. It's f**king great actually."

Metallica shared a variety of stories from their career during the Stern Show visit, delivered a live performance of "Sad But True", and reflected on the staying power of The Black Album 30 years later.