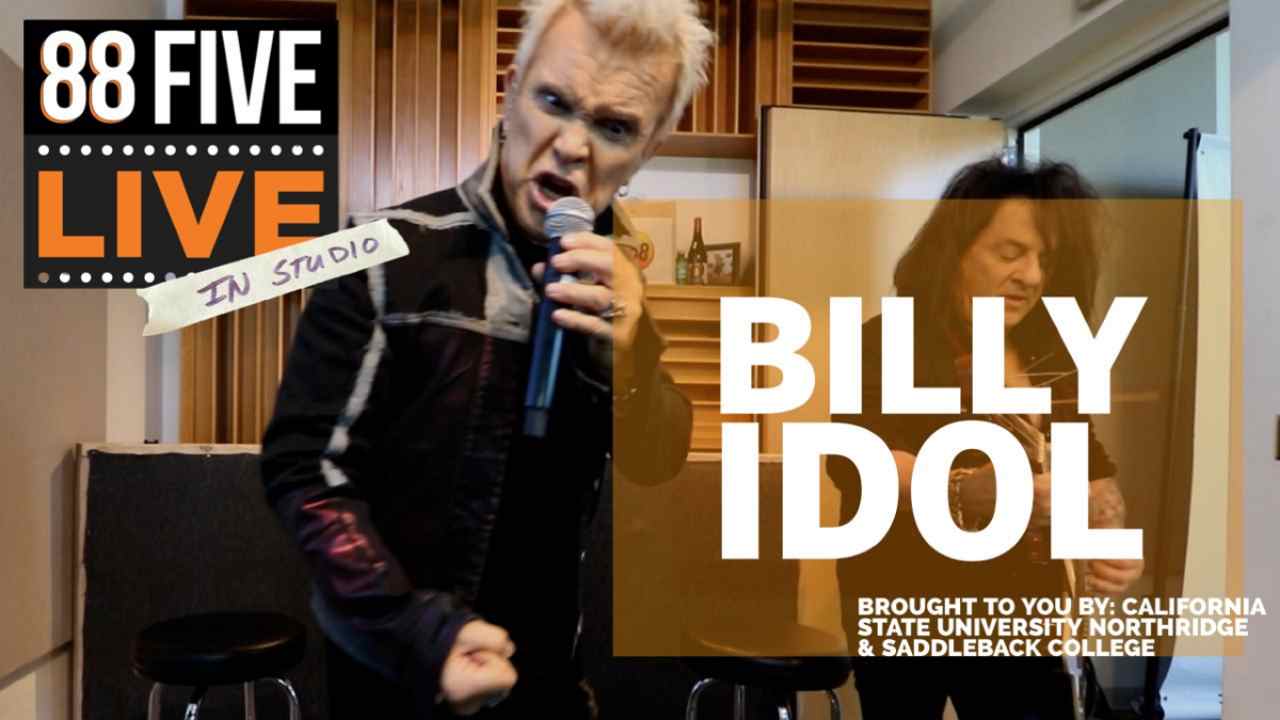 (hennemusic) Billy Idol unplugged for a performance of his 2021 single, "Bitter Taste", and a handful of classic tracks during a September 6 session on Southern California radio station 88.5 FM KCSN, and the independent media outlet is sharing video of the appearance.

Idol and guitarist Steve Stevens joined host Mookie to discuss a variety of things, including the inspiration behind the tune, which will be featured on the rocker's forthcoming EP "The Roadside", when it's released on September 17.

The live radio session also included performances of Idol classics "White Wedding", "To Be A Lover", and "Rebel Yell." 88.5 FM is a non-profit, non-commercial radio station based in Southern California and is a service of California State University, Northridge and Saddleback College; check them out online at 885fm.org. Watch the official video here.