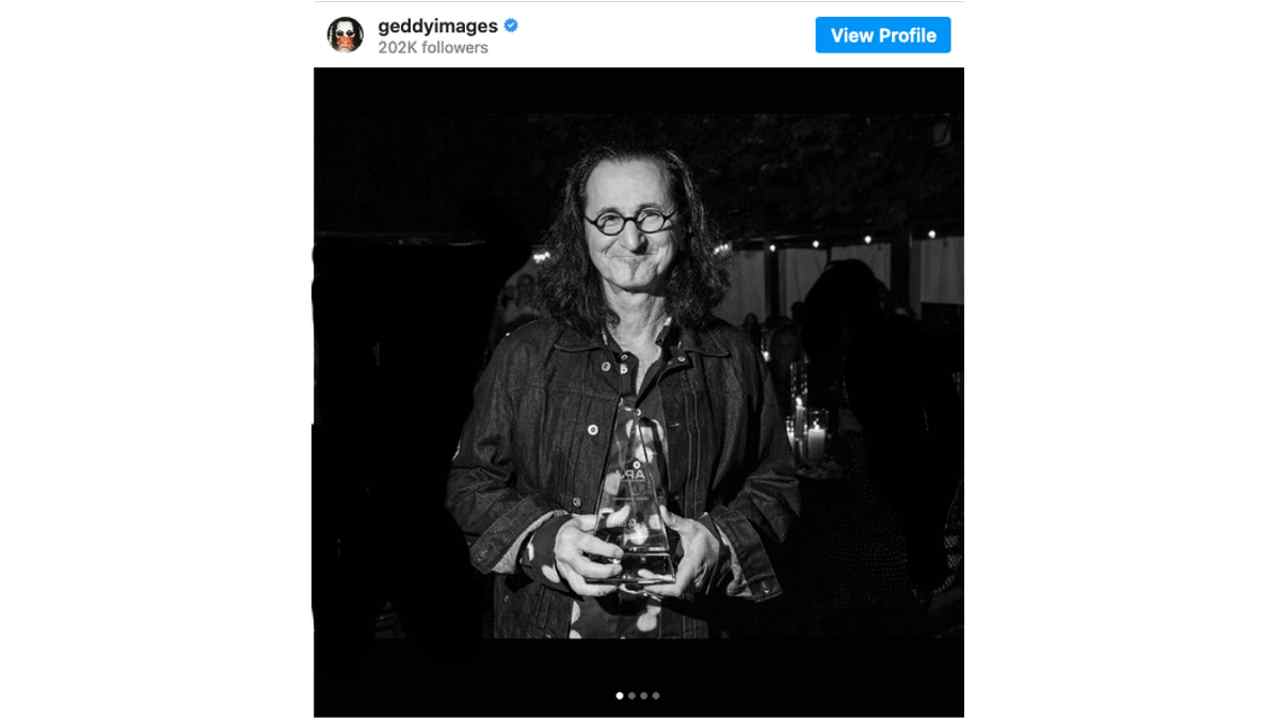 Rush legend Geddy Lee received a Lifetime Achievement Award on Saturday, September 11th at the Artists For Peace And Justice (APJ) gala in Toronto in recognition of his philanthropy.

Lee commented on the honor via social media. He wrote, "For over 12 years, Artists for Peace and Justice have raised an extraordinary amount of funds to provide support, education and hope to the people of Haiti.

"Philanthropy requires a tremendous amount of collective action and momentum to have an impact. It's the volunteers who really make it happen, the ones on the ground delivering supplies and building schools and relationships with those who have been devastated, the generous folks operating the auctions and working events from behind the scenes to make sure the most money is raised and then spent to maximum effect.

"I admire APJ's approach. You can see the money at work, and perhaps most remarkably, you can see the impact it's had from the point of view of the very people it's working for: in the articulate, ambitious and creative expression of the students and graduates of the Academy in Port-au-Prince themselves. That's not just patching up some hurricane damage; that's building a future.

"So, thank you to APJ for the lovely honour this past weekend, big thanks to Strombo for the induction and to all those who help set the wheels of change in motion. If you want to learn more or donate - visit APJ: Artists for Peace & Justice @artistsforpeace."