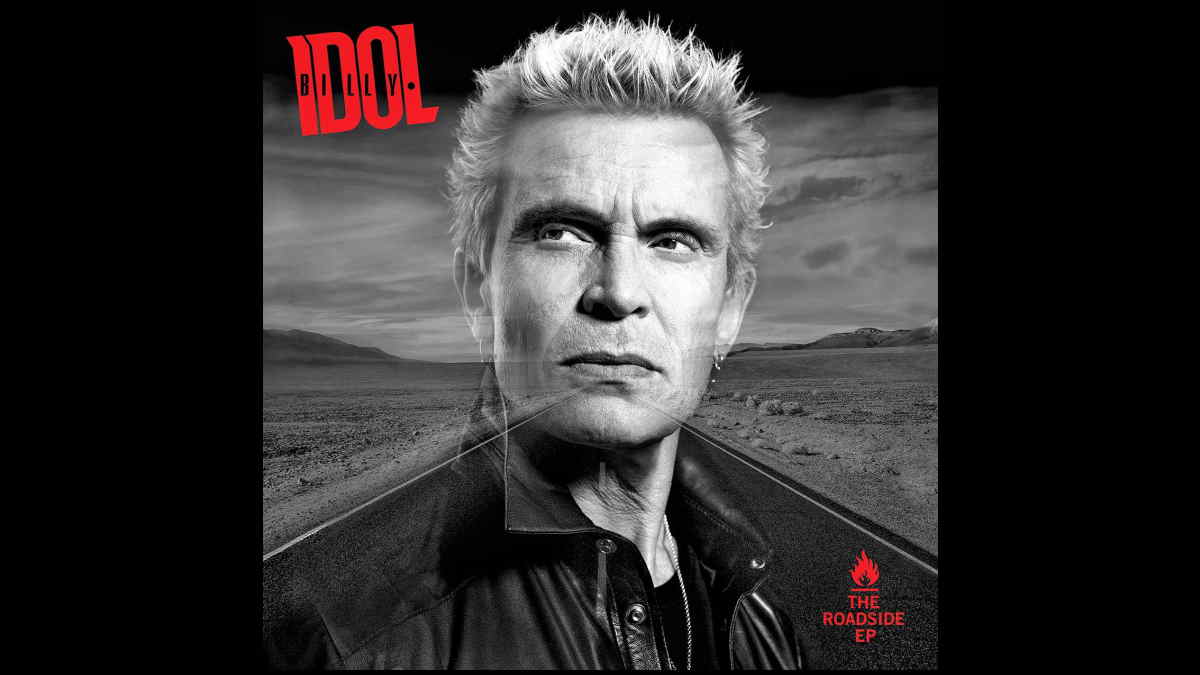 (hennemusic) Billy Idol is streaming his newly-available EP, "The Roadside", in sync with its release on September 17. Introduced with the lead single, "Bitter Taste", the rocker's first new release in nearly seven years was produced by Butch Walker (Green Day, Weezer) and features his longtime lead guitarist and co-writer Steve Stevens.

The project sees Idol reminiscing about his near-fatal 1990 motorcycle accident. "I think everyone has been feeling more reflective (during the pandemic). So, it seemed quite logical and natural to write something about my motorcycle accident," Idol explains. "Certainly, the motorcycle accident was the catharsis, the wake-up moment. A little bit of me got left on that roadside. But it wasn't necessarily a bad thing in the end; it was a wake-up call. Maybe on that roadside I left behind the irreverent youthful Billy and opened the door for a more attentive father and a more sensitive musician."

The accident saw Idol hit by another car in Hollywood after he allegedly went through a stop sign, according to the original report in the Los Angeles Times; the singer suffered a fractured left forearm, while a steel rod was placed in his right leg during seven hours of surgery to fix a break between the knee and ankle. Stream the EP here.