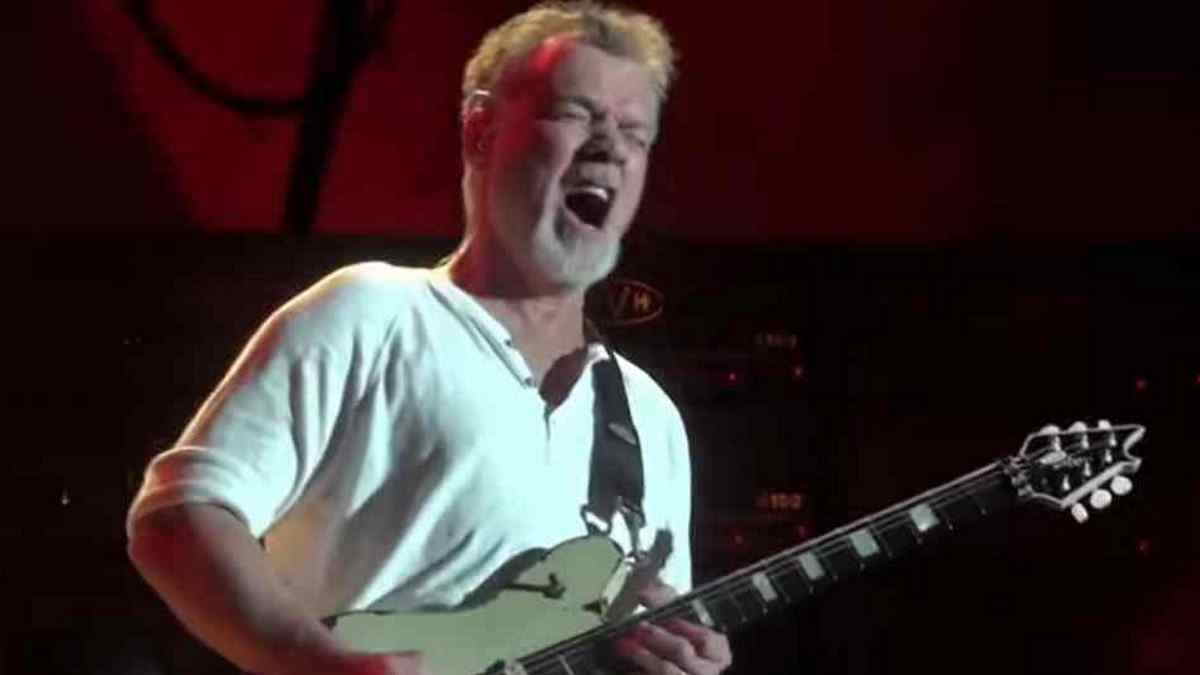 (hennemusic) A tribute to Eddie Van Halen in his adopted hometown of Pasadena, CA has been approved by the local city council. Shortly after the passing of the rock icon last October at the age of 65 after a lengthy battle with cancer, local residents Randa Schmalfeld and Julie Kimura launched a gofundme page to initiate an honor and brought the idea to local officials; last spring, the pair were invited to design a memorial plaque honoring Van Halen, which would be installed near the city Convention Center, which is next to the Civic Auditorium, where the band played a dozen times between 1975 and 1978.

This past week, Pasadena assistant city manager Julie A. Gutierrez shared an update on the project in her weekly newsletter, writing: "Eric Duyshart, Economic Development Manager, reports the Pasadena Center Operating Committee recently reviewed and endorsed the language and location of a memorial plaque to be placed in honor of the late legendary guitarist, Eddie Van Halen, a member of the award-winning band Van Halen, on their site.

"Following the passing of Eddie Van Halen on October 6, 2020, the City received several requests and suggestions from the community to do or name something in Mr. Van Halen's honor to recognize both his local connection to Pasadena, as well as the impact that his artistry had on music. Given the band's connection to Pasadena and the hometown pride expressed by residents, several requests have been made to name a street, alley, or other monument (including a memorial plaque) in the band's honor. Pasadena 4 Van Halen, a local group has raised money to fund this effort.

"The placement of monuments, including memorial plaques, is under the administrative jurisdiction of the City Manager. Monuments must meet criteria for appropriateness, compatibility with the surrounding environment, impacts on existing use, etc. The Executive Committee of the PCOC endorsed the overall effort to place a plaque outside the Civic Auditorium, a location where the band played several of its earliest performances. It is anticipated that the fabrication of the plaque will take several weeks and will be ready for installation and a dedication sometime around the anniversary of the late musician's passing."

Schmalfeld and Kimura shared the news with donors and fans via the fundraising site, saying: "We have received formal approval for our plaque which is set to be installed at the Pasadena Civic Auditorium! This plaque will honor Edward Van Halen and highlight the role that the Pasadena Civic played in Van Halen's rise to international stardom.

"Our plaque has been vetted by the Van Halen Family and approved by The City of Pasadena, and the Executive Board of the Pasadena Civic Operating Company. As you know, we have been working towards this for some time and we are delighted to share that the plaque has been ordered and will be fabricated very soon." Read more of the statement here.