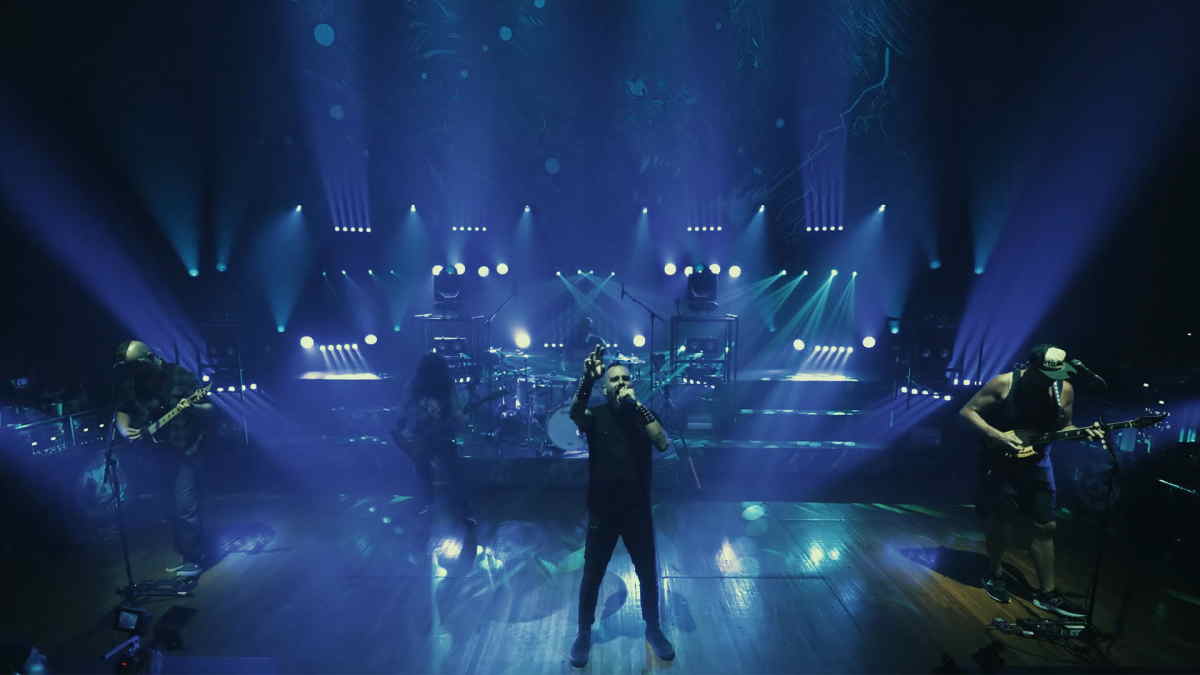 Killswitch Engage are streaming their brand new video for the song "Us Against the World". The track comes from the band's latest album, "Atonement."

The video was directed by David Brodsky and Allison Woest and features footage captured during their August 2021 livestream event that took place at The Palladium in Worcester, Massachusetts.

Frontman Jesse Leach had this to say about the new clip, "This is one of my favorite songs off the album so I'm glad it is getting some attention and a visual component.

"It's a song about facing down the odds and finding confidence to overcome and conquer a situation. I originally wrote it as a battle cry song with my warrior Highland Scottish, Norwegian, and Swedish ancestors in mind.

"However, it can be about friendship, love, or even the camaraderie of being in a band traveling the world. The title says it all - 'Us Against The World!'" Watch the video below: