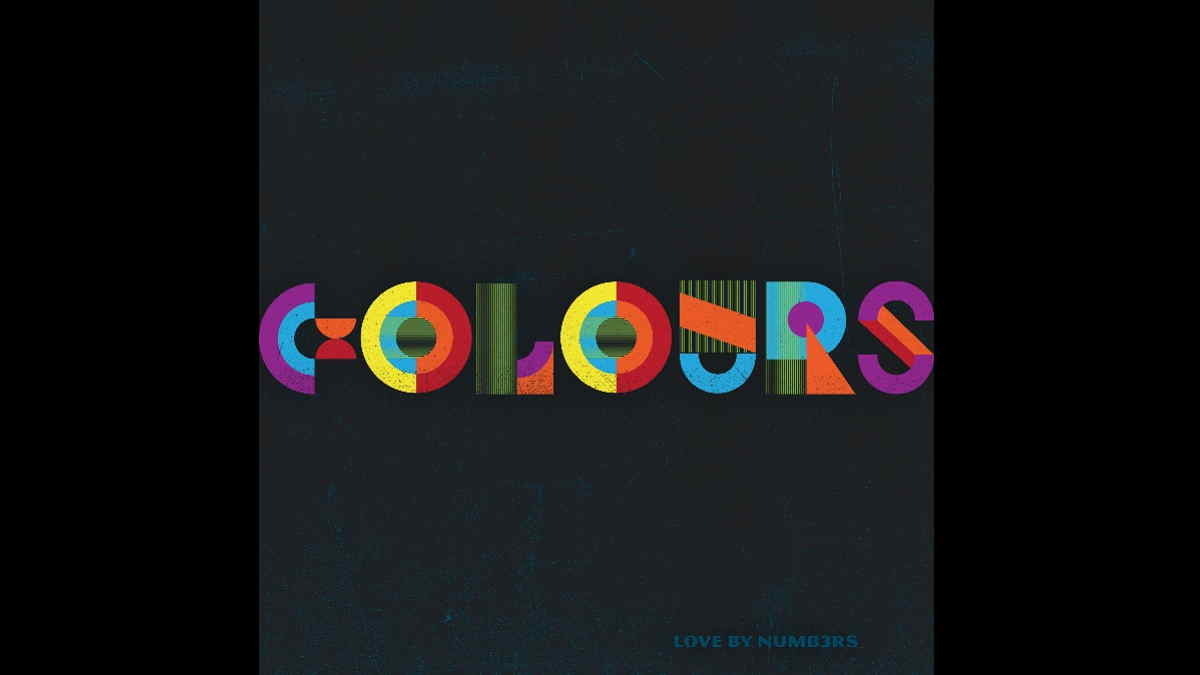 Love By Numb3rs have released a music video for their new single "Colours." The song is the title track to the group's forthcoming EP, which is set for release on November 19th. first single from their upcoming six-song EP COLOURS. Look for the EP to be released November 19

Anna Lombard co-wrote the song with bandmate Dan Connor and had this to say, "It's definitely inspired by r&b/soul music of the sixties and early seventies. It is real. It is emotive. It grooves and it builds all the way through the song until the abrupt radio silence after I scream the very last line."

She explained how the song came together, "One afternoon Dan texted me a line that hit me kinda hard. The lyric Dan sent was, 'I've been hearing you in colors' and it throttled us into this conversation (and my own nerdy research) about synesthesia ('synth' meaning 'together' and 'ethesia' meaning 'perception). If you're not familiar, it is a neurological phenomenon where the parts of your brain that control your senses are all intertwined. For example, a person with it can hear sound or music and their brain involuntarily associates those sounds with a specific color, pattern, or shape. And this condition can sometimes be a bit of sensory overload for those who have it (ahem, Jon.) But it also tends to inspire creativity. I became kind of obsessed with it. When you're a kid, the first things you learn about are colors, the alphabet, numbers and shapes. So I started thinking about things like colors and shapes in a far less literal form. Humans tend to associate colors with emotions. Or a specific scent with an experience (good or bad). And how the environment in which a child is raised ultimately 'shapes' them into the person they become...it is internal and we cannot control it....it just happens...much like the involuntary response someone with synesthesia has to music, sounds, colors, touch, patterns, taste, etc.

"I stayed up til 4:30 in the morning with my notebook and a pencil and when I finished, I realized I wrote this song about my relationship with my mother. Family sh*t is hard, man. And I've got no illusions about the fact that I can be a pain in the ass. But it felt like this final plea, begging her to learn how to love me and to accept me for who I am....even if it wasn't what she pictured.

"When I sang the line, 'You made me so blue and then I'm seeing red,' I quite literally could close my eyes and see the palest hues of blue...and the sadness was washed out by this storm of anger and all I could see was red. In the aftermath, among all the emotional debris and self-reflection, there was a moment of calm that made me feel empty. And all I could see was the color gray.

"From the very moment I set my pencil down and finished writing, I felt this overwhelming sense of relief. The process and the creation of this song had released me. I was no longer immersed in a dense, emotional fog. And I came to the realization that what started as a song for her, became a song for me... Because our children cannot be our mirror images. So...you gotta learn how to let go of your ego--and I don't mean ego as in self-importance--I mean the part of the ego acting as the voices in your head. The ones which stem from your inner child and your own fears. Because when you let go of that ego, you begin to learn how to be whole... to be seen... to be heard. To be accepted. And ultimately, capable of being loved and loving unconditionally... because deep down, isn't that what all of us ever really want, anyway?" Watch the video below: