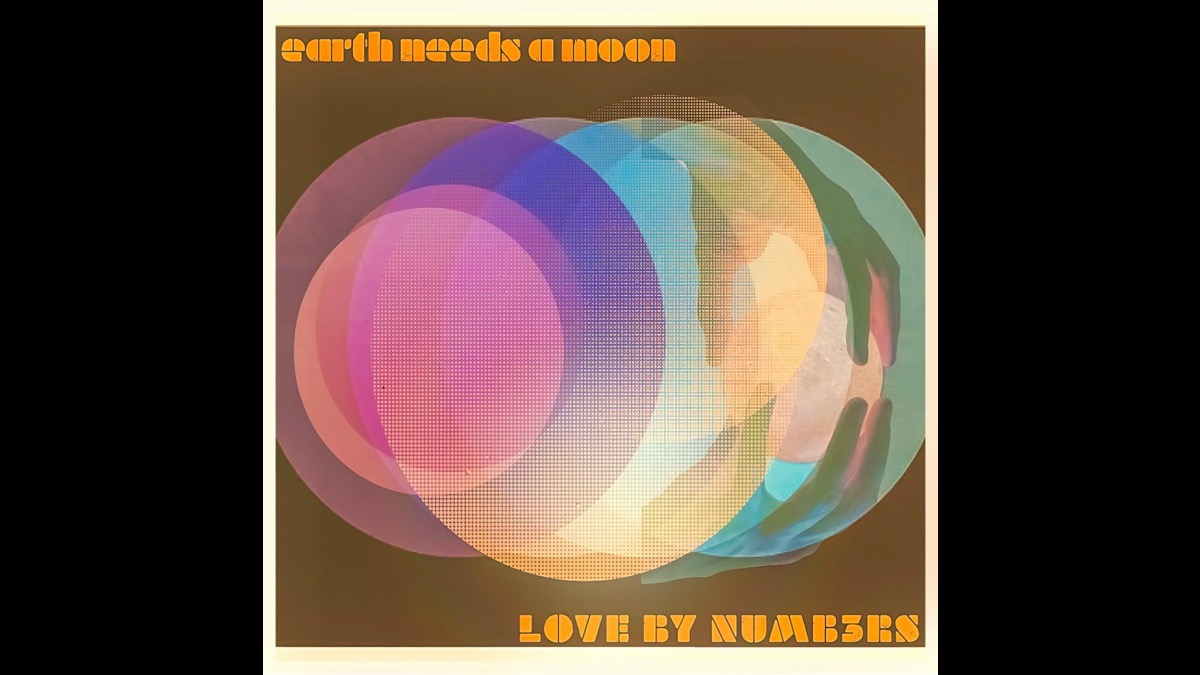 Love By Numb3rs have released a music video for their new single, "Earth Needs A Moon", which is the first song from their forthcoming sophomore album that will arrive on September 30th.

Co-vocalist Anna Lombard had this to say about the song and video, "Jon [Roods] and I co-directed and filmed this video. We also co-produced and edited ourselves, with the majority of the editing falling on Jon.

"Pat Corrigan is a very celebrated artist of many mediums and one of our dearest friends. When I stumbled upon his Instagram post, I was specifically really drawn to the content of the conversation bubbles in his drawings talking about the earth and the moon. I felt this overwhelming feeling of some semblance of cosmic connection, as though stars had aligned between what his drawings were meant to convey and the concept/context behind writing this song. It couldn't have just been by coincidence. So we felt very compelled to dig deeper and bring his drawings to life by reenacting them within our video.

"We ended up renting a trailer and bringing Jon's 1976 Honda 550 Four K motorcycle along with all our gear for the festival we were playing the night before in the neighboring town, and we stayed up there for a few days to film. It was kind of cool that the Tau Herculids meteor shower was happening at the same time--the visibility of the night sky up in Industry is like no other...which is cool because of how much this record is influenced by the workings of the universe and the moon etc.

"In regards to the song's lyrics/meaning, Dan [Connor, co-vocalist] had come up with a rough sketch of lyrics for first verse which ended with the line 'earth needs a moon'--I knew immediately that he was referring to our musical partnership and history--but I wanted to get deeper into understanding the actual scientific reasons the earth needs a moon so I went into my typical manic mode and researched all about WHY the earth needs a moon, and all the things that would be different if we had no moon. Without the moon, human life would change so significantly: nights would be darker, days would be longer, the earth would slow down because we wouldn't have the moon's gravitational pull, there would be no tides or seasons. I could go on and on and on--but the main point is that the moon stabilizes the earth. If the moon disappeared, life as we know it would be disastrous.

"So the second verse where I come in, I tried to reverse the concept--'when you're hiding out in the daytime but I know you're always there'(referencing Dan's illness and effects of chemo and all the time he's sleeping during the day)-- but even when you can't see the moon, you know it exists and is still out there. The lyric 'When you only give me half of you' is about how Dan has struggled with his illness and doesn't always have the ability to be in the studio, or he's had to bow out of filming or recording because he's ill.

"'I never want to see your darker side' references the influence that Pink Floyd's 'The Dark Side of the Moon' has on this song but also the darkness that comes with cancer and addiction." Watch the video below: