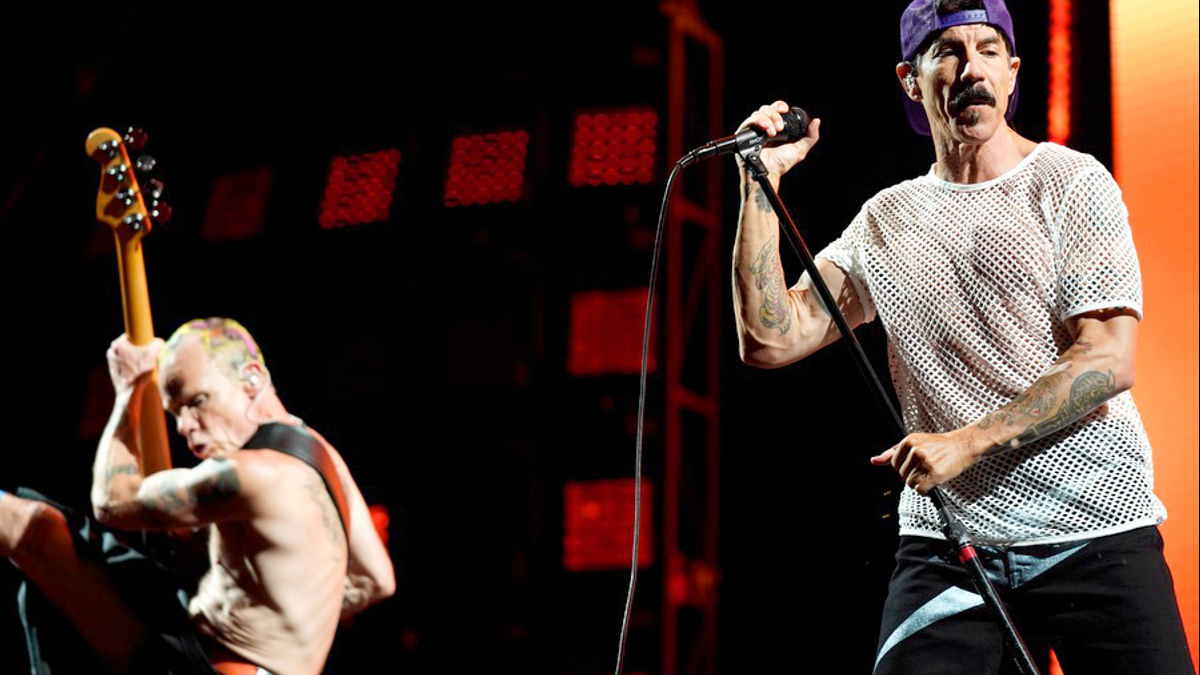 (hennemusic) The Red Hot Chili Peppers were honored with a Global Icon Award during the 2022 MTV Video Music Awards on August 28th and video of their performance at the event has been shared online.

Prior to receiving the honor from Cheech and Chong, the band delivered their first VMA performance in over two decades with versions of "Black Summer' from the 2022 album, "Unlimited Love", and "Can't Stop" from 2002's "By The Way."

During an acceptance speech, as Rolling Stone notes, drummer Chad Smith remembered his late colleague and friend, Foo Fighters' Taylor Hawkins. The Chili Peppers also took home the Best Rock award at the MTV event, which took place at the Prudential Center in Newark, NJ.
The band is currently playing shows on the North American leg of a global stadium tour in support of "Unlimited Love"; they will release another new album, "Return Of The Dream Canteen", on October 14.