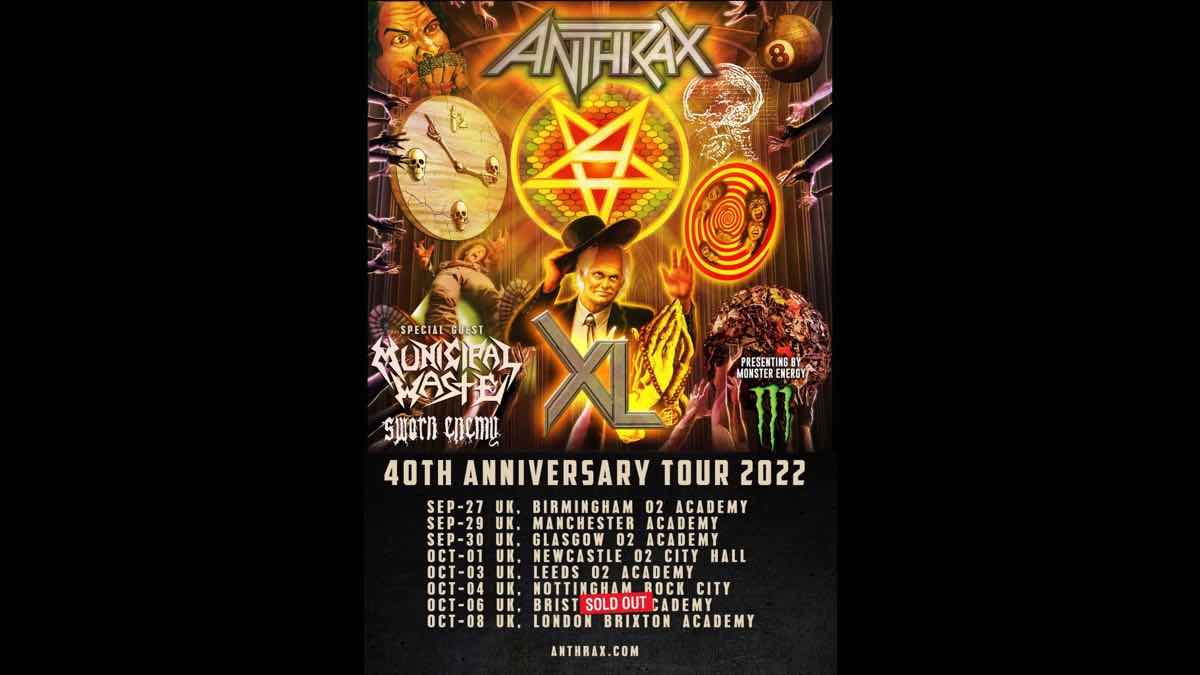 Anthrax have been forced to cancel the mainland European leg of their 40th anniversary tour due to logistical issues and the current costs of touring the continent.

The band will still be embarking on UK leg of the tour that is set to kick off on September 27th in Birmingham and will conclude on October 8th in London, but the dates that were scheduled in continental Europe have been canceled.

They had this say, "Sadly due to ongoing logistical issues and 2022 costs that are out of our control, we have no other option but to cancel the European leg of our upcoming 2022 tour. We will however be coming to the UK as scheduled. Tickets can be refunded at point of purchase."

Drummer Charlie Benante said last year when the tour was announced "It sure has been a long time since we rock 'n' rolled in the UK and Europe, but we're coming back soon to bring the noise to all of you guys."

Joey Belladonna added, "There's just something special about Europe. Our fans there have always had a full-fledged excitement about our shows, and I enjoy performing more than anyone can imagine, so we're really looking forward to this tour."

See the UK dates that are still scheduled below: