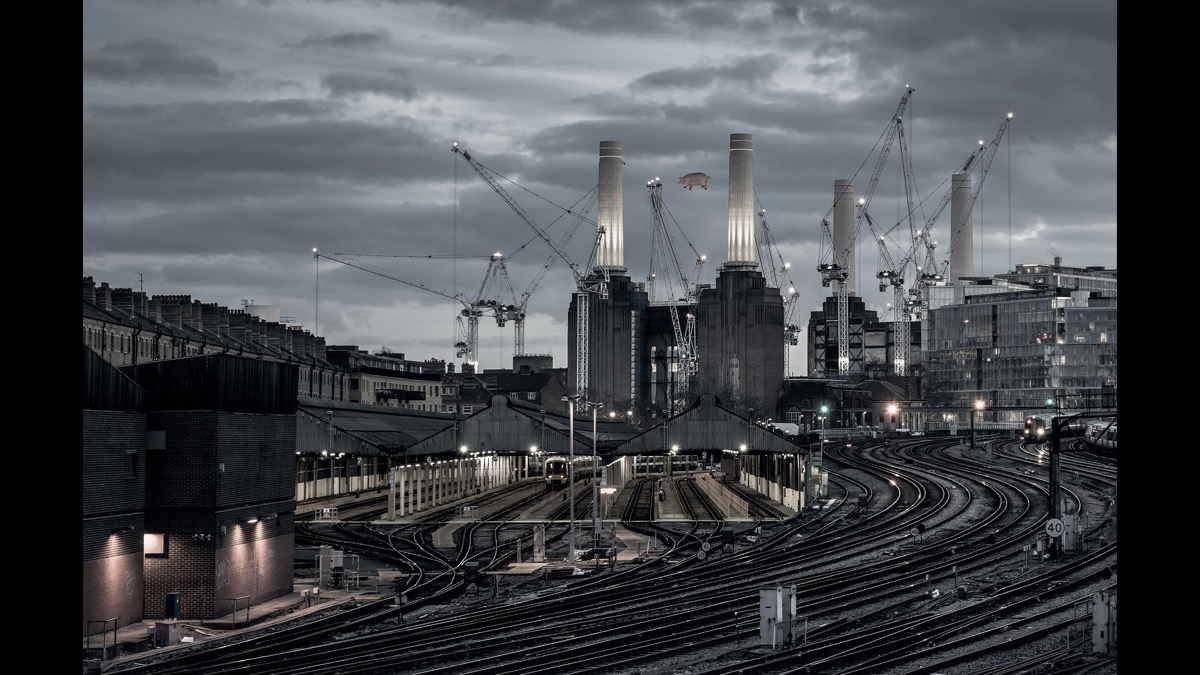 (hennemusic) Pink Floyd are revisiting the cover shoot in a new video spotlighting the September 16th reissue of their 1977 album classic, "Animals." The iconic cover on the original release captures an inflatable pig in the skies above London's Battersea Power Station; the concept was reimagined by Aubrey Powell of Hipgnosis for the 2018 remixed version of the set.

As the power plant was under regeneration and the surrounding area was likely to be dramatically changed, the art director moved quickly to capture a new image inspired by the original cover shoot.

"I found a location from a nearby bridge," explains Powell, "and with photographer Rupert Truman, I shot Roger Waters' original idea but with a different slant. I then muted the colors to give the picture the bleak Orwellian feel of the record. The new album cover caught the essence of the original just in time."

"Animals" is a concept album, focusing on the social-political conditions of mid-1970s Britain, and was a change from the style of the band's earlier work. The album was developed from a collection of unrelated songs into a concept which describes the apparent social and moral decay of society, likening the human condition to that of animals.

Taking inspiration from George Orwell's "Animal Farm", the album depicts the different classes of people as animals with pigs being at the top of the social chain, dropping down to the sheep as the mindless herd following what they are told, with dogs as the business bosses getting fat on the money and power they hold over the other.

Watch video of Powell discussing the photo shoot and stream the 2018 remix of "Dogs" here.