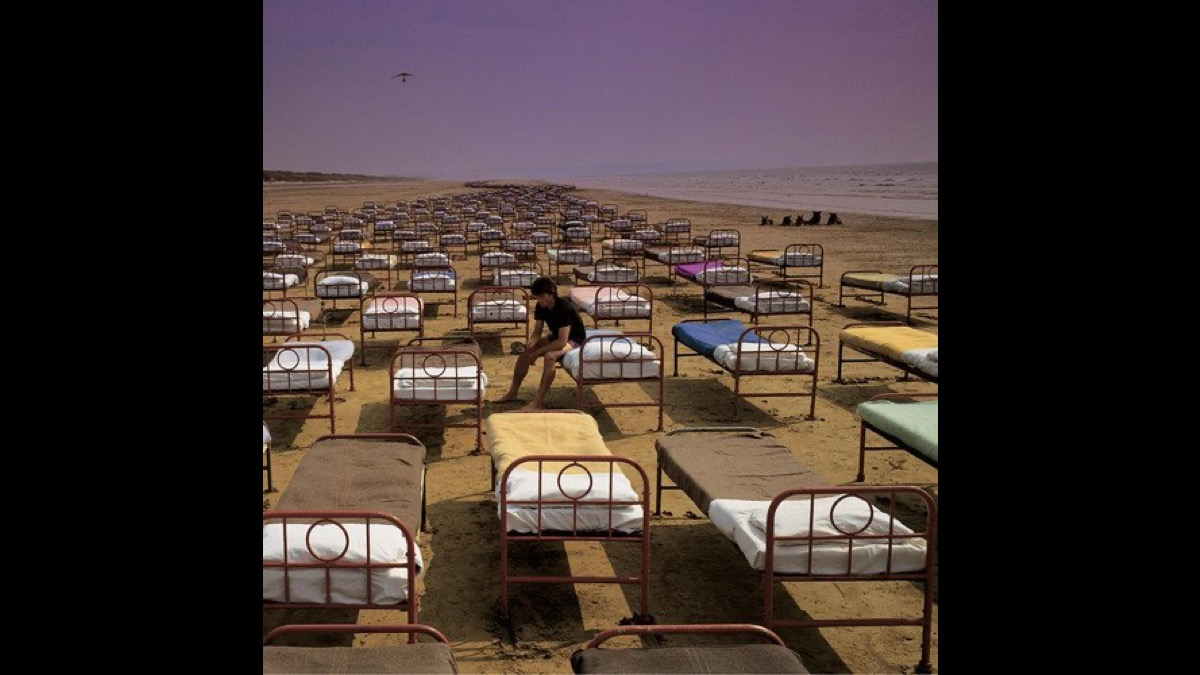 The 35th anniversary of Pink Floyd's "A Momentary Lapse of Reason" album is being celebrated by the syndicated radio show In The Studio With Redbeard: The Stories Behind History's Greatest Rock Bands.

The album was released in September 1987, following the departure of Roger Waters, and was produced by David Gilmour and Bob Ezrin. It featured the hit single, 'Learning To Fly', and claimed the No.3 spot on both the U.S. and U.K. album charts upon release, and has gone on to sell over 4 million copies in America (certified 4x platinum).

Redbeard had this to say, "The thirty-fifth anniversary of Pink Floyd's A Momentary Lapse of Reason gave me reason to reflect back to a chance meeting backstage at London's Wembley Arena after a Deep Purple concert in February 1987, when David Gilmour pressed his Astoria Studio phone number into my hand and whispered into my ear, 'There's going to be a new Pink Floyd album this year. Call me at the studio tomorrow.' I could barely sleep that night in anticipation, and brought the details back to America that A Momentary Lapse of Reason, Pink Floyd's first without conceptual composer Roger Waters and the band's first album after a long, uncertain hiatus, was in fact coming in September. As my guests David Gilmour and Pink Floyd drummer Nick Mason share here In the Studio on A Momentary Lapse of Reason's thirty-fifth anniversary, practically nothing was guaranteed except that the stakes were staggeringly high.

"By the mid-Eighties it had become painfully apparent that there was a yawning hole in the rock world that previously had been occupied uniquely by Pink Floyd, even then the most popular progressive rock band ever. With co-founders Roger Waters and Nick Mason plus Rick Wright and David Gilmour, Pink Floyd had paved a road of musical experimentation, exploration, and innovation incorporating heady atmospheric, cinematic arrangements and profound lyrical themes on Dark Side of the Moon, Wish You Were Here, the under-rated Animals, and the epic album, tour, and film The Wall.

"As so often is the case, the creative sparks that ignited such memorable music were in large part generated by friction between the brilliant but flinty Waters with the other three band members, and following the making of 1982's The Final Cut ( described here by David Gilmour as 'sheer torture' ), Pink Floyd was M.I.A. for five long years, conspicuous in their absence, for instance, at the largest one day gathering of rock royalty, Live Aid, in July 1985. It was not until the end of that year that Roger Waters' official departure from Pink Floyd was revealed to the other band members, and this bowling ball revelation left the group with the musical equivalent of the dreaded 7-10 split.

"Waters threatened legal injunctions from allowing Gilmour and Mason to continue to record and tour as Pink Floyd, but when those threats never materialized ( there are no pre-nuptial agreements in rock bands ), at least one high profile rock writer was enlisted instead to carry Roger's 'water' to the court of public opinion where an ugly war of words questioned the legitimacy of a Pink Floyd without him. It was against this backdrop which such songs as 'Learning to Fly', 'One Slip', the hymn-like 'On the Turning Away', the dirge 'Yet Another Movie', and the hypnotic 'Sorrow' were all composed and recorded for A Momentary Lapse of Reason.

"Mercifully, time, maturity, other creative outlets, and the loss of mutual dear friends and colleagues all have brought the disenfranchised factions of Pink Floyd to a truce in the 21st century, but in 1987 this international superstar band faced its greatest existential threat while simultaneously experiencing A Momentary Lapse of Reason. David Gilmour and Nick Mason tell, with little restraint, the back story of one of the against-all-odds comebacks ever in rock history in this emotional classic rock interview." Stream the episode here.