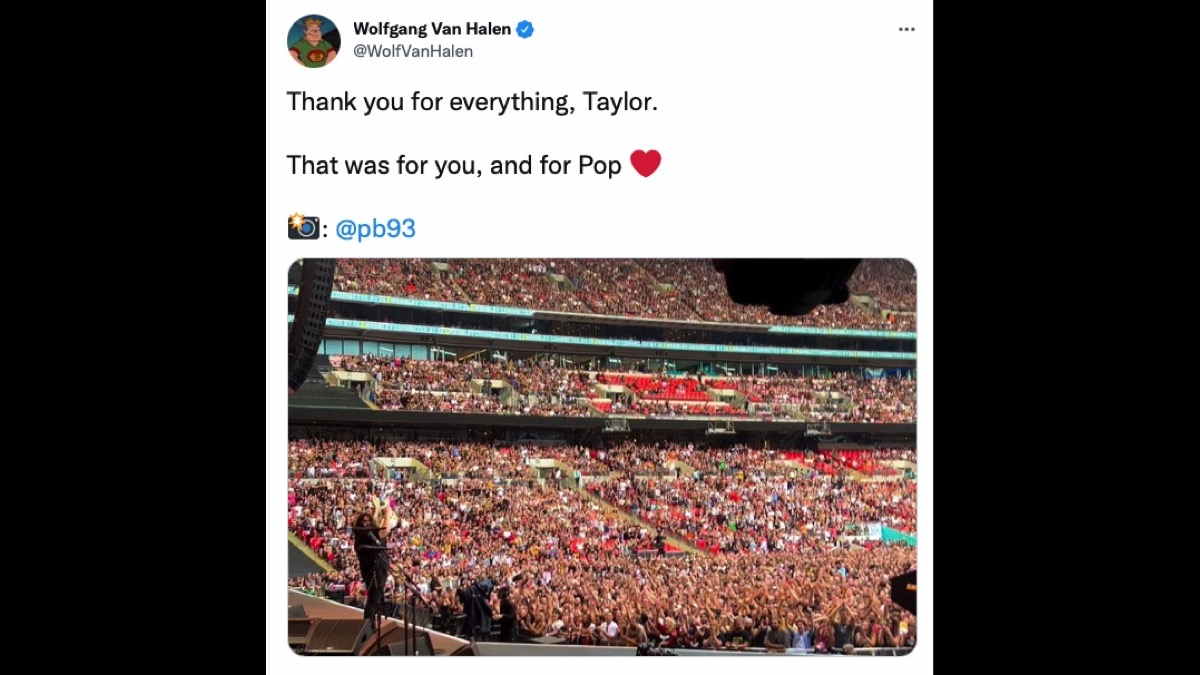 (hennemusic) Wolfgang Van Halen rocked a pair of Van Halen classics at the Taylor Hawkins Tribute Concert on September 3 at London's Wembley Stadium, and a mix of pro-shot and fan-filmed video has surfaced online.

The guitarist was joined by Dave Grohl on bass, Justin Hawkins of The Darkness on vocals, and drummer Josh Freese for spot-on versions of "On Fire" from Van Halen's 1978 debut and "Hot For Teacher" from the "1984" album.

The event marked the first time Wolfgang has performed Van Halen songs in concert since the passing of his father, Eddie Van Halen, in 2020.

"Thank you for everything, Taylor," shared Wolfgang on social media. "That was for you, and for Pop." The first of two tribute concerts saw the Foos joined by an extensive list of rockers, including members of Queen, Rush, AC/DC, The Police and many more; Wolfgang is scheduled to appear at a second event on September 27 at the Kia Forum in Los Angeles.