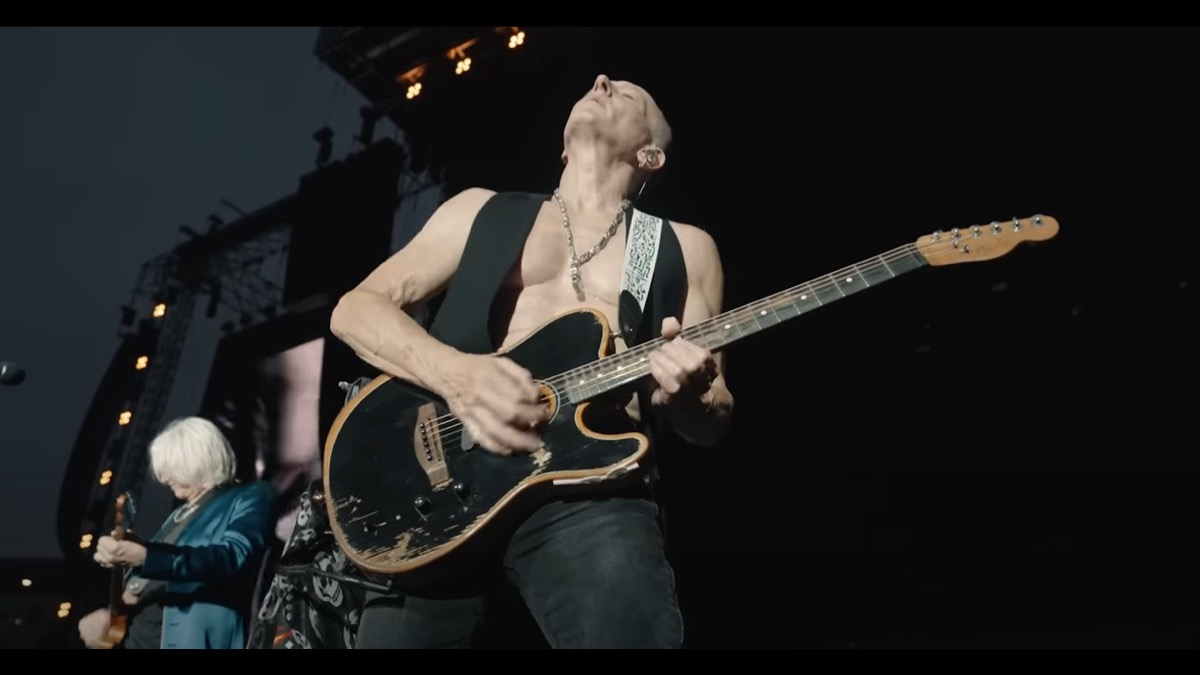 Def Leppard paid tribute to Queen Elizabeth II during the final stop of the Stadium Tour that took place on September 9th in Las Vegas, NV, a day after the Queen passed away at the age of 96.

The summer trek saw Def Leppard and Motley Crue coheadline stadiums across the U.S., joined by Poison and during the final stop Def Leppard dedicated the song "This Guitar" (from their recently released album, "Diamond Star Halos"), to Queen Elizabeth II.

"God bless her. May angels sing her to her rest, as her son said on the TV this morning. For her we'll do this one. This is called 'This Guitar'." Stream the studio version of the song, featuring Alison Krauss, below: