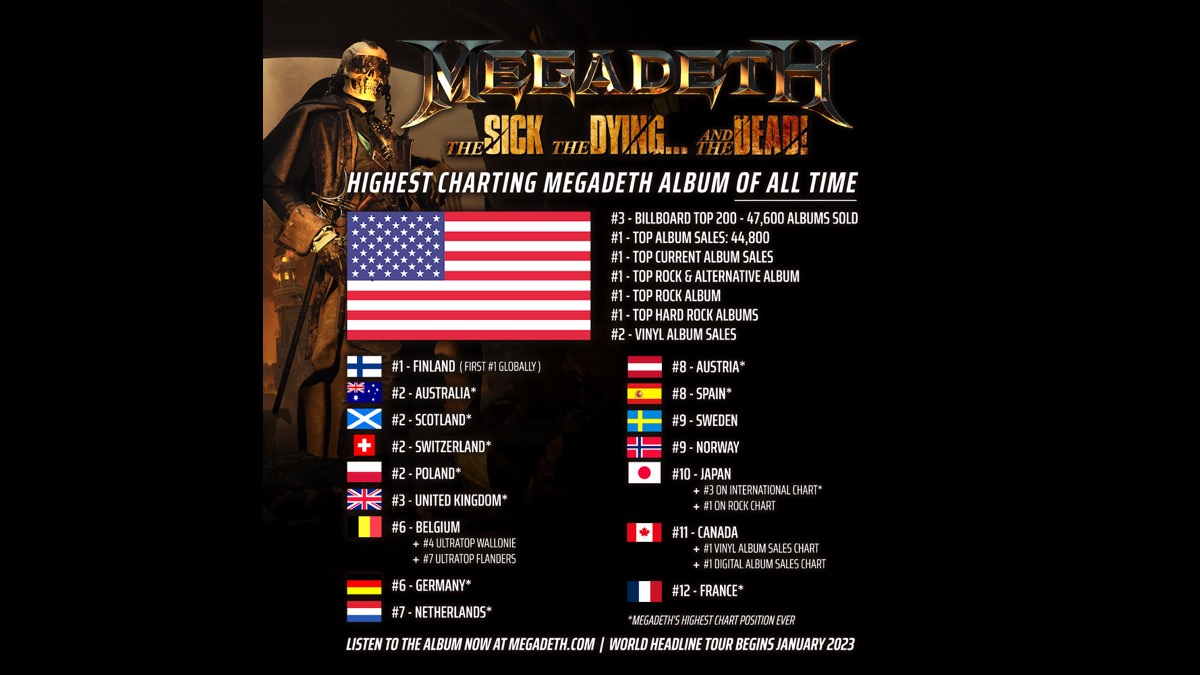 Megadeth not only topped the U.S. Album Sales chart with their new record, "The Sick, The Dying... And The Dead!", the legendary thrash band also scored their highest ever entry on several charts across the world.