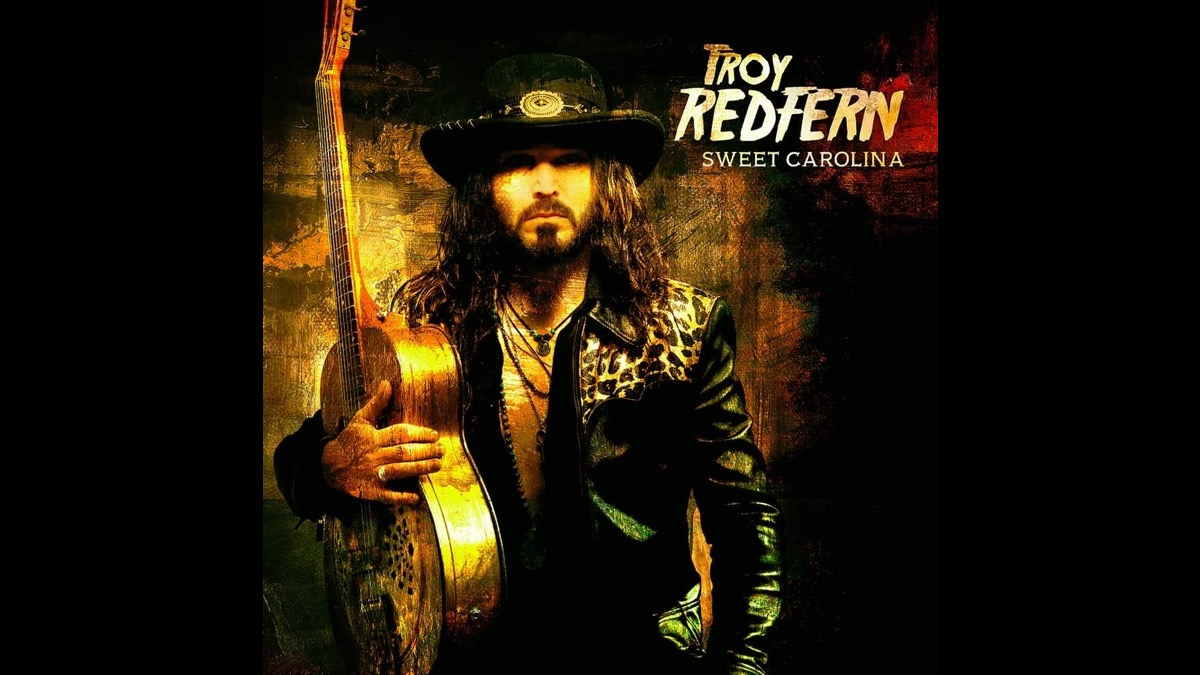 Troy Redfern has premiered a music video for his forthcoming single, "Sweet Carolina", which comes from his forthcoming album, "The Wings of Salvation" that will be available tomorrow, September 23rd.

"Sweet Carolina is a good time rock 'n' roll tune about a woman who knows what she wants," explains Troy. "She's powerful, fearless, and driven. Echoes of T-Rex and The Stones reverberate across the slide guitar landscape, with a passionate homage to glam rock."

Redfern said of the Dave Marks (Hans Zimmer) produced album, "My goal was to make a record that was a true representation of where I am right now as an artist. I wanted to create something in the spirit of the old school classic rock albums that I grew up listening to.

He continued, "I felt like the time was right to head back into the studio as the creative juices were flowing. On the new album, I wanted to approach the recording process by starting with a completely clean slate."

"I wrote the new album from scratch in just under five weeks, in the same way that the bands that I grew up listening to use to do. It makes everything fresh and immediate. It's an accurate snapshot of where you are as an artist at that moment.

"Dave Marks, my producer, and I also decided early on we wanted an old school aesthetic for this album, in that we wanted no studio fixes, no autotune, no drum editing or samples. It had to be real, with only complete takes, no chopping up parts in post-production to make them sound perfect. We wanted an album that authentically captured my sound. I feel satisfied in knowing that we achieved what we set out to accomplish, and I couldn't be prouder of this album." Watch the video below: