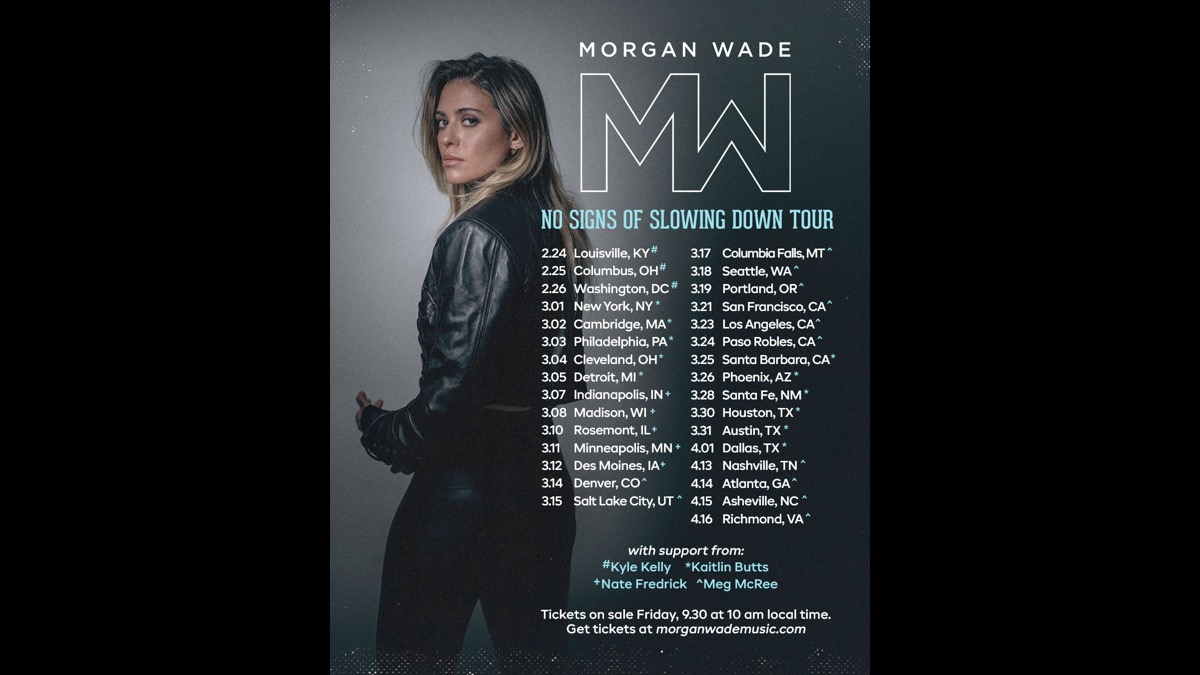 Morgan Wade has announced that she will be returning to the road early next year for a U.S. tour, and this time she will be playing as the headline act.

The No Signs of Slowing Down Tour is set to kick off on February 24th at the Headliners Music Hall in Louisville, KY and is currently scheduled to conclude on April 16th at The National in Richmond, VA, with more dates possibly being added.

"People who've come to the shows to see me, they all say, 'I really wanted more than 30 minutes...' I get it. But when you get asked to do all these different things with such different artists, I realized: this may be the only time in my career where I can do it. So, I have. And each experience has been unlike the others, really great moments as we're building."

She added, "There are so many songs to sing, so many songs people have asked for. Deep cuts, and stories. People ask me where these songs come from, and this will be my chance to finally tell them. Plus, the band just rocks - and I love being able to let them have the chance to really play, too."