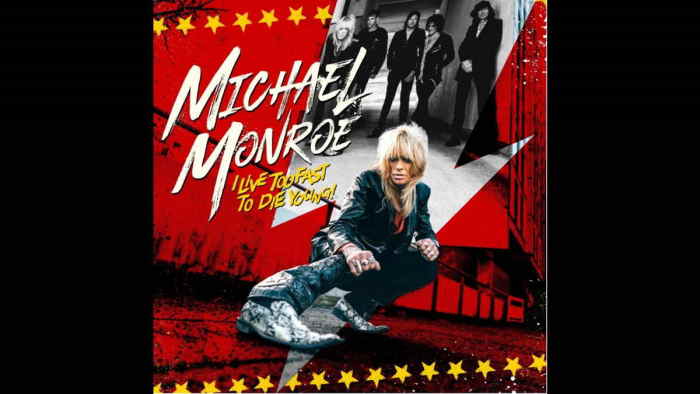 Hanoi Rocks icon Michael Monroe has released a music video for his brand new single, "Derelict Palace", which comes from his latest solo album, "I Live Too Fast To Die Young"

Guitarist Rich Jones said of the track, "'Derelict Palace' is about watching someone that you care about disappear into drug addiction. I had been listening to a lot of post-punk when I wrote it - Echo & The Bunnymen, Psychedelic Furs, The Church - and I wanted to see if we could push the band in that kind of musical direction".

Michael added, "the song was written about people who get a little too into drugs and before you know it, they kind of disappear from all of the people and things that they used to love.

"Of course, that's sad, but that said, there's something cool about being an outcast and not fitting in... This is one of my favorite songs off the 'I Live Too Fast To Die Young' album and it adds a nice new dimension to my band's sound and style. Plus, we found the perfect place to film the video for it!" Watch the video below: