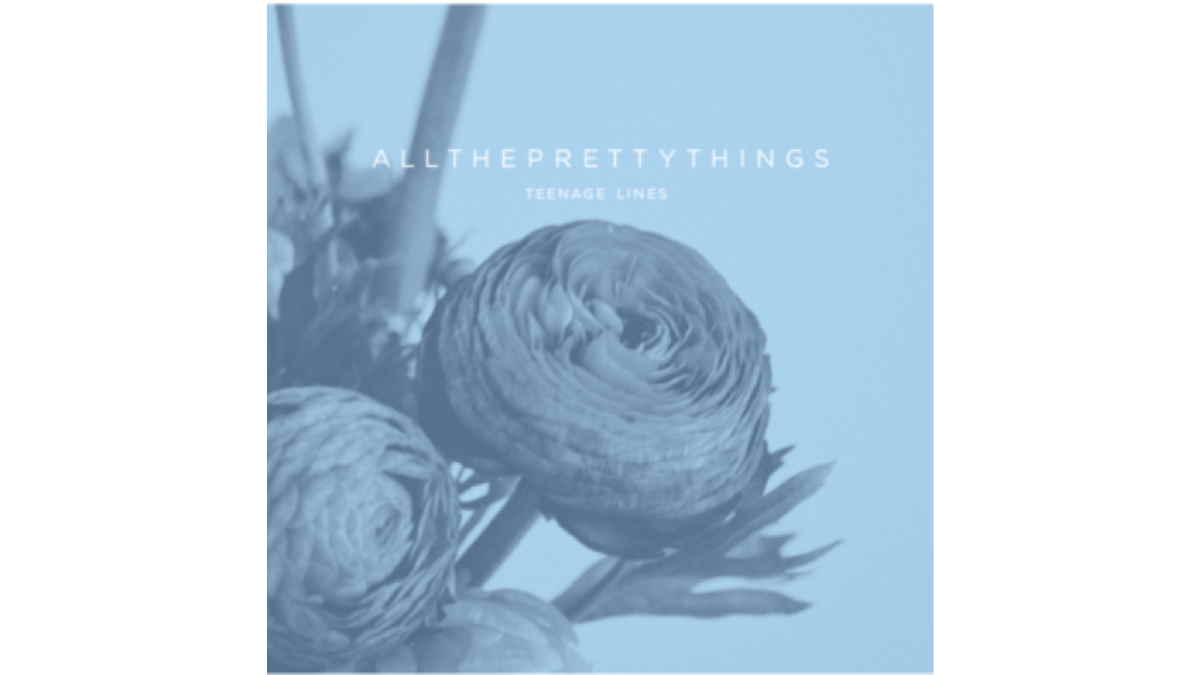 The song is the first offering from the group that features vocalist Logan Tabor, guitarist/producer Worth Weaver, guitarist Tristan Matthew and Drummer Jeremy Bryan.

Here is their official bio: Wilmington, North Carolina-based alltheprettythings has combined musicians from bands you might know to make music you would not expect. The multitude of styles and influences that go into these songs will change the way you look at rock music.

Anthemic tracks dominate their body of work. "Teenage Lines" soaring sonics and vocal urgency contrasts in some ways with the warm, familiar nature of "Careful Girls (Little Love)" but both have a signature complexity that marks the band's music.

Vocalist, Logan Tabor (Mood Mechanics) assembles his lyrics using past and present thoughts from a book of phrases he has fancied over the years - some were random thoughts and some pieces of songs that would never be. In their combination, he imbues them with new, deeper meaning. The intensity of each of the songs is buoyed by his dynamic, versatile performance style.

Scottish-Born, South African-raised and San Antonio, TX-based guitarist Tristan Matthew (Newlands, touring bassist for Chiodos) discerns what to contribute to a song through contemplation. The song speaks to him - tells him what it needs. His inspiration transforms the song giving it the right mix of subtlety and presence.

The affable Jeremy Bryan (Alesana) on drums enthusiastically supports his bandmates' songwriting efforts. "We all seem to intuitively understand what direction the songs want to go, so we help them get there," he says. His work ethic (collaborating while on tour) combined with his belief in the talent of Logan, Worth and Tristan moves the project forward in the most positive of directions.

For Worth Weaver (producer and touring guitarist for He Is Legend, Thousand Foot Krutch), recording is more of a 'scientific' endeavor. The alchemy that happens in his studio transforms the parts his bandmates send him and that he records, making them into a seamless whole. Worth makes it all fit - pushing out the boundaries of the songs to make room for some serious innovation.

Some bass tracks were recorded by the band's original bassist, James Weaver (Worth's brother who passed in 2020) and the resulting EP will be dedicated to his memory. The four members are currently in talks with a notable bassist to carry the torch for future recordings and tours.

What keeps the band inspired is their friendship and like-minded senses of humor. While recording, band members named unfinished songs after lines from their shared favorite movies. From Ace Ventura, Pet Detective to That Thing You Do!, the members grew up with so many of the same cultural references that made their way into their jokes and - more importantly - their music.

For the members of alltheprettythings this journey is one of friends that are family and keeping the creative process enjoyable for them - and the listener!