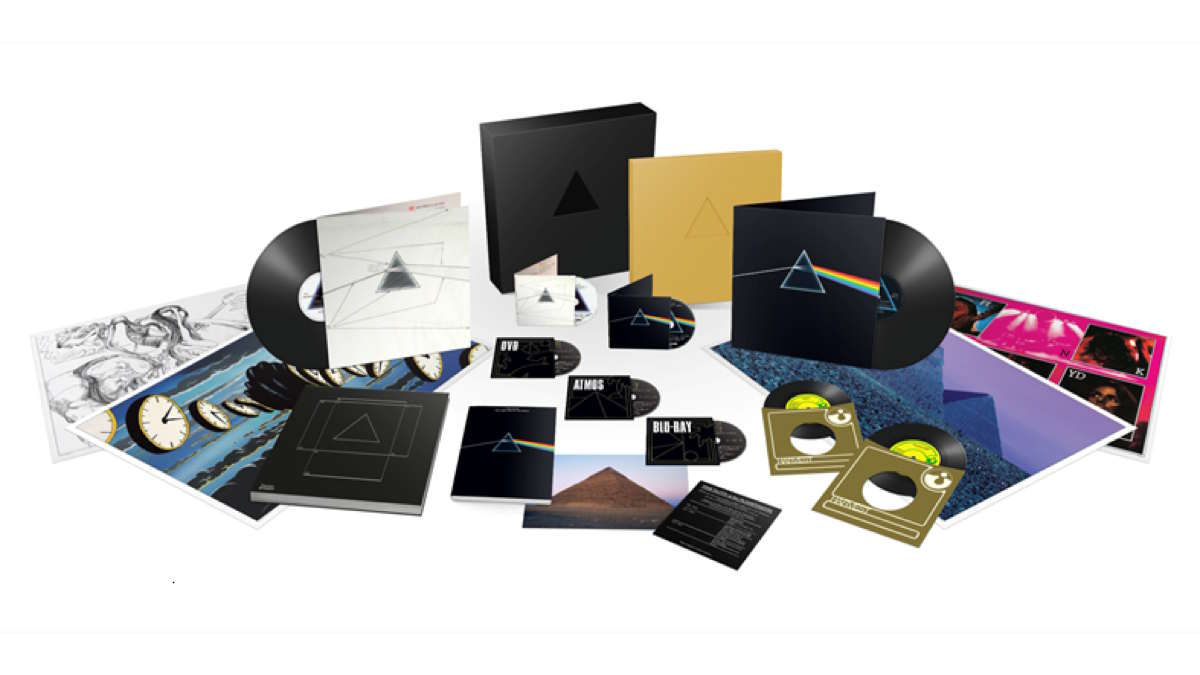 (hennemusic) Pink Floyd are marking the 50th anniversary of their 1973 classic, "The Dark Side Of The Moon", with a new deluxe box set, a book, a video animation competition and a planetarium show.

With more than 50 million copies sold worldwide, the project is one of the most iconic and influential albums ever; it was partly developed during live performances, and the band premiered an early version of the suite at London's Rainbow Theatre several months before recording began in 1972 and 1973 at EMI Studios (now Abbey Road Studios) in London.

Due March 24, the new deluxe box set includes CD and gatefold vinyl of the newly remastered studio album and Blu-Ray + DVD audio featuring the original 5.1 mix and remastered stereo versions. The set also includes additional new Blu-ray disc of Atmos mix plus CD and LP of "The Dark Side Of The Moon - Live At Wembley Empire Pool, London, 1974."

The same day, the group will release the CD and first ever vinyl issue of the Wembley performance, and the book "Pink Floyd - The Dark Side Of The Moon: 50th Anniversary" will also be published separately by Thames & Hudson on March 24 to coincide with the box set release.

Pink Floyd is also celebrating "The Dark Side of the Moon" 50th Anniversary release by inviting a new generation of animators to enter a competition to create music videos for any of the 10 songs on the iconic 1973 album.