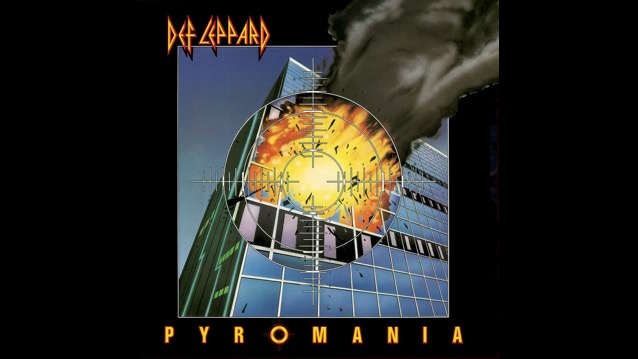 (hennemusic) Def Leppard are launching a year-long celebration of their 1983 album classic, "Pyromania", in sync with the 40th anniversary of its release on January 20.

Produced by Mutt Lange and introduced with the lead single, "Photograph", the UK band's third album would deliver a series of hits while going on to break Def Leppard in several countries - including America, as the project hit No. 2 on the Billboard 200 on its way to sales of more than 10 million copies in the region.

"Hugely important record for our career," explains Joe Elliott in a new video featuring memories from the band members, "and, in America, it broke us wide open; it became one of the biggest records of the year - only behind Michael Jackson's 'Thriller' in sales."

The group's social media team adds: "We're kicking off the celebrations with a special message from the band. Follow along and stay tuned as we celebrate #PYROMANIA40 all year long."