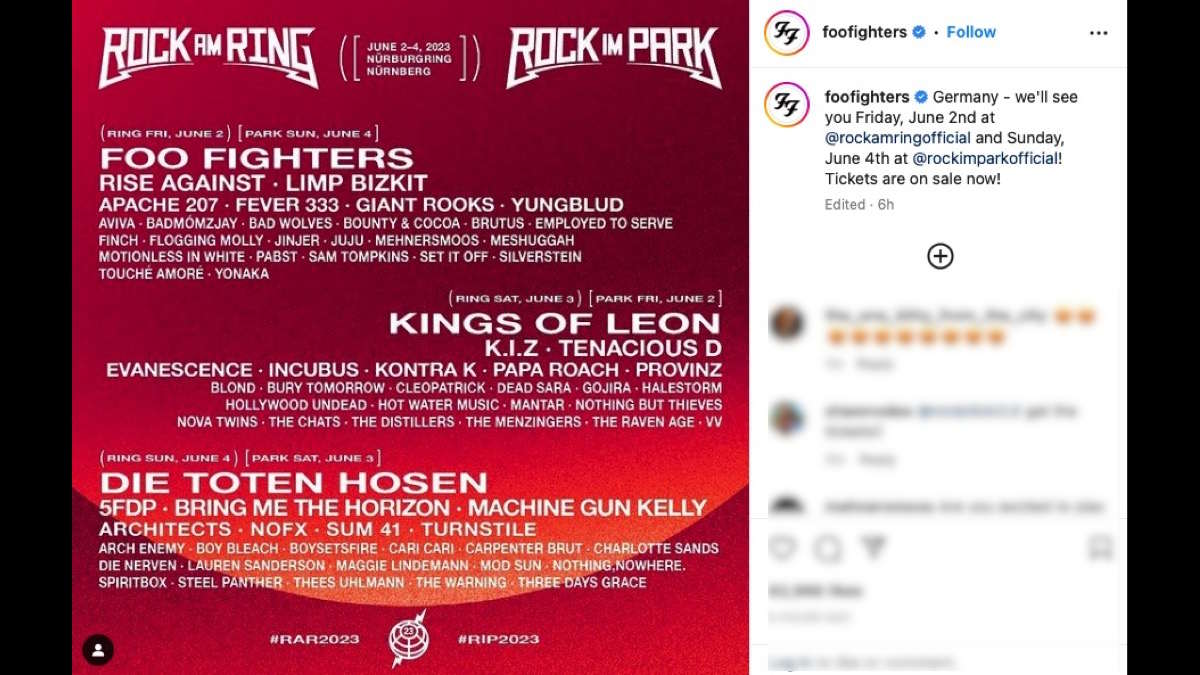 The Foo Fighters have announced that they will be playing at this year's Rock Am Ring and Rock Im Park Festivals in Germany, replacing Pantera, who were removed from the bill earlier this week.

Grohl and company broke the news to fans via Instagram. They wrote, "Germany - we'll see you Friday, June 2nd at Rock Am Ring and Sunday, June 4th at Rock Im Park! Tickets on sale now!"

As we previously reported, Pantera was removed from the lineup the festivals after organizers faced pushback over controversy surrounding frontman Philip Anselmo.

The criticism appears to center around Anselmo making a Nazi-styled salute during his performance at Dimebash, a special event celebrating late guitarist Darrell "Dimbag" Abbot in 2016 in Hollywood.