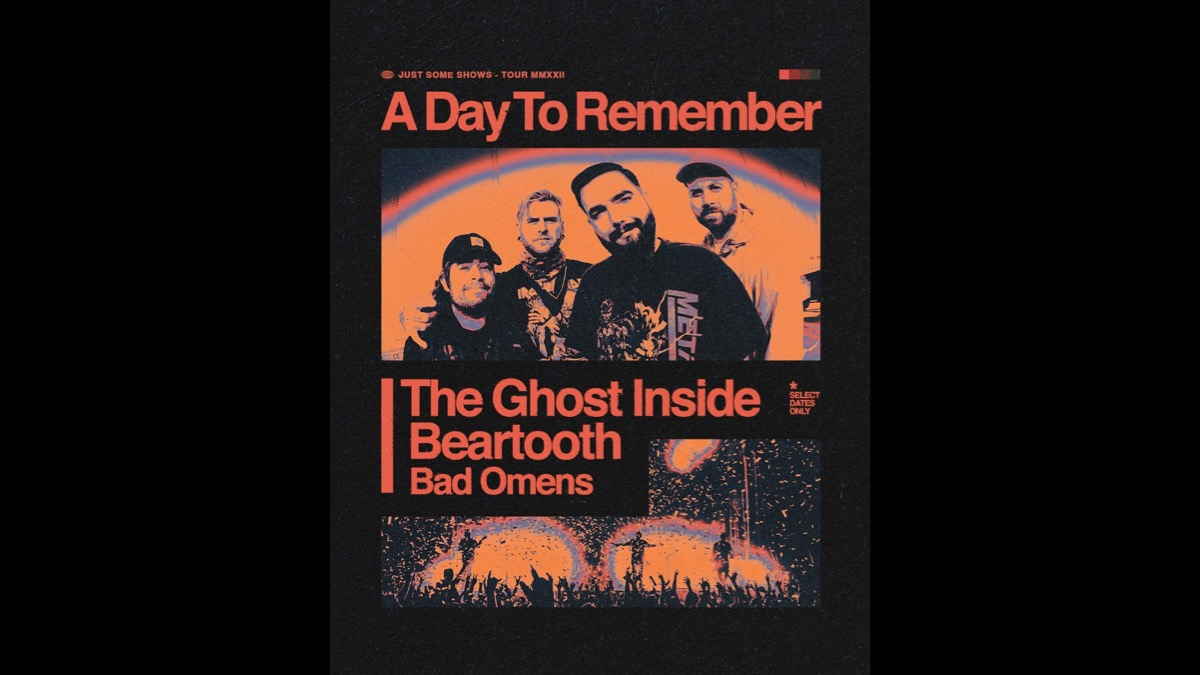 A Day To Remember have announced an epic run of new North American tour dates featuring special guests The Used, The Ghost Inside (on select dates), Beartooth, Bad Omens, Movements, and Magnolia Park.

The tour is broken up into two legs. The Just Some Shows leg will be taking place this summer and is set to kick off on July 27th in Baltimore, MD at the Pier SixPavilion and will conclude on August 27th in Portsmouth, VA at the Atlantic Union Bank Pavilion.

The fall leg, dubbed Just Some More Shows, is set to launch on October 1st in Pensacola, FL at the Pensacola Bay Center and will conclude on October 28th in Irvine, Ca.

The general on-sale for tickets begins on Thursday, May 12th at 10:00AM local time. Check local listings for support acts and see the dates below:

A Day To Remember Team Up With Blink-182's Mark Hoppus

A Day To Remember Reveal 'Everything We Need' Video

News > A Day To Remember