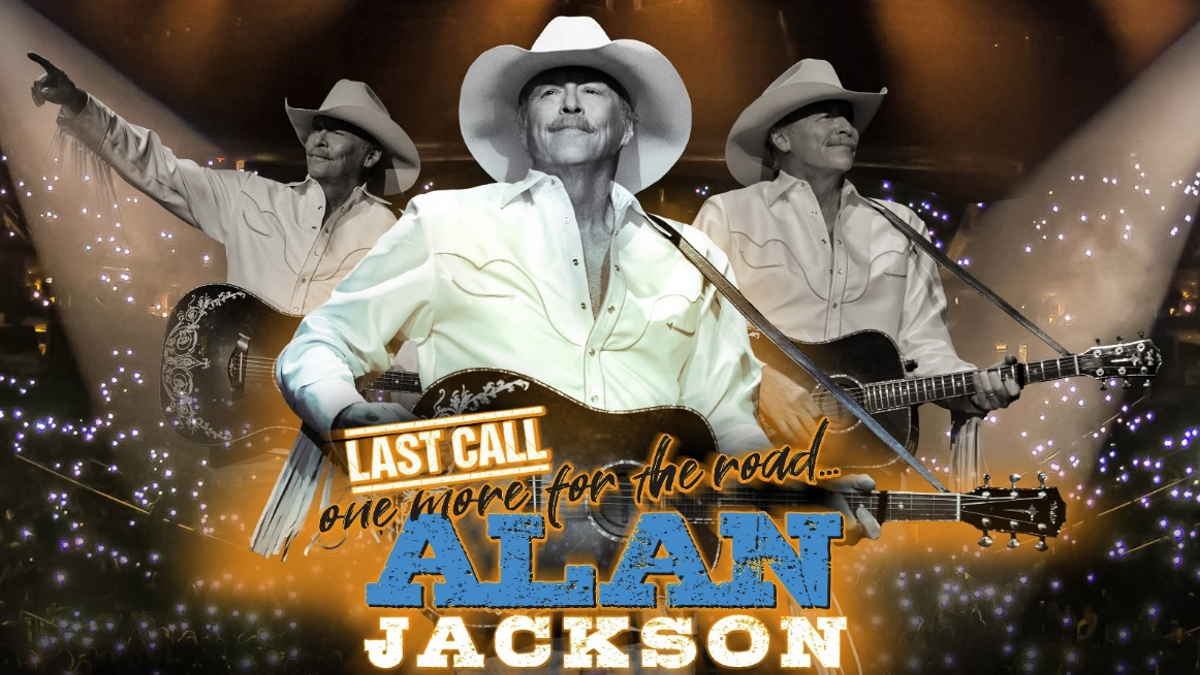 Alan Jackson has announced that he will be returning to the road this summer for his It's Last Call: One More For The Road tour, which will mark his first trek since revealing that he has been living with a rare hereditary degenerative nerve condition called "CMT" (Charcot-Marie-Tooth Disorder).

The music icon revealed last September that he has been battling the progressive condition for a decade. He said at the time, "I've been reluctant to talk about this publicly and to my fans, but I have this neuropathy - a neurological disease that's genetic that I inherited from my daddy. There's no cure for it, but it's been affecting me for years. And it's getting more and more obvious."

Jackson now says of this upcoming tour, "I've always admired my heroes like George Jones, Merle Haggard, Loretta Lynn and Charley Pride who just played as much as they wanted to, as long as they could.

He will be kicking things off on June 24th in Biloxi, MS at the Mississippi Coast Coliseum and will wrap up the tour on October 8th in Pittsburgh, PA at the PPG Paints Arena. See all of the dates below: