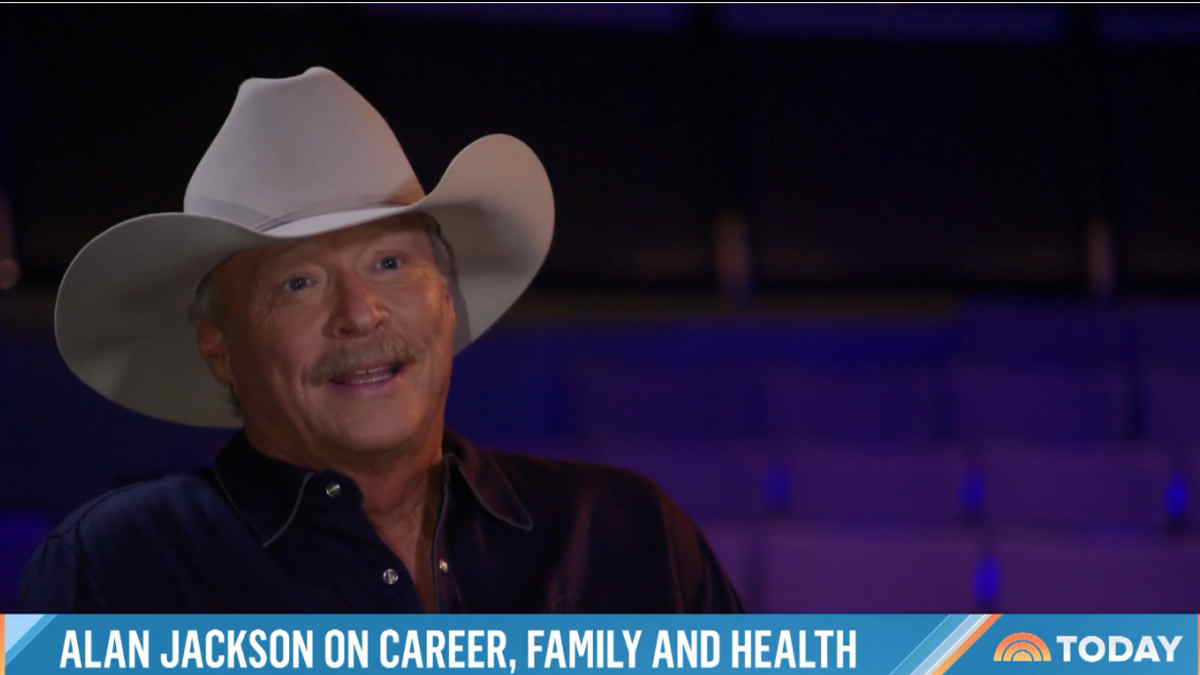 Alan Jackson earned a top 21 story from September 2021 after he revealed during an interview on The Today Show that he has been living with a rare hereditary degenerative nerve condition called "CMT" (Charcot-Marie-Tooth Disorder) that is impacting his ability to tour and perform. UMG Nashville shared the following details with us:

"I've been reluctant to talk about this publicly and to my fans, but I have this neuropathy - a neurological disease that's genetic that I inherited from my daddy," Jackson shares. "There's no cure for it, but it's been affecting me for years. And it's getting more and more obvious."

Jackson has been living with CMT since first being diagnosed a decade ago. It causes abnormalities in the nerves that supply the feet, legs, hands, and arms...affecting motor and sensory nerves. Though relatively rare, the disorder is inherited - Jackson recalls his father and grandmother having it; his oldest sister has it, too. CMT is progressive; there is no known cure.

"It's not going to kill me - it's not deadly," Jackson assures fans, explaining CMT is related to such things as muscular dystrophy and Parkinson's disease. "I know I'm stumbling around onstage, and now I'm having a little trouble balancing even in front of a microphone. I'm just very uncomfortable," he explains. "I was starting to get so self-conscious up there...so if anybody's curious why I don't walk right, that's why," he adds. "I just wanted the fans and the public to know. I don't want 'em to think I'm drunk onstage because I'm having problems with mobility and balance."

For Jackson, CMT often manifests in muscle weakness, discomfort and pain...especially when standing for lengthy periods to entertain crowds from a concert stage. Though he's been living with his diagnosis for ten years, the Country Music Hall of Famer has continued to entertain, touring annually from coast-to-coast. In fact - in that period - he has played full-length concerts on such famous stages as New York's Carnegie Hall and Nashville's Ryman Auditorium...participated in awards shows and all-star music festivals...and even toured overseas. In 2021 alone, he has played a slate of concerts and staged a massive event in his small Georgia hometown that drew over 20,000 and raised more than $2,000,000 to help victims of a March tornado that ripped through the town. And he hopes to continue performing.

"I never wanted to do the retirement tour like people do and then take a year off and then come back," he says, expressing admiration for his personal heroes Merle Haggard, George Jones, Loretta Lynn, Willie Nelson and Charley Pride. "They never retired; just played as much as they could or want to. I always thought I'd like to do that, and I would like to do that if my health will let me," he shares, though he admits, "I don't know how much I'll continue to tour."

Jackson - who released yet another chart-topping album (Where Have You Gone) earlier this year - will in fact be onstage for a full-length concert next week, as he plays a "hometown show" at Nashville's Bridgestone Arena (postponed from 2020 due to the past year's pandemic).

"I don't want people to be sad for me; it's just part of life," Jackson says. "I've had a wonderful, beautiful life. I've been so blessed. It's just good to put it out there in the open. In some ways, it's a relief."