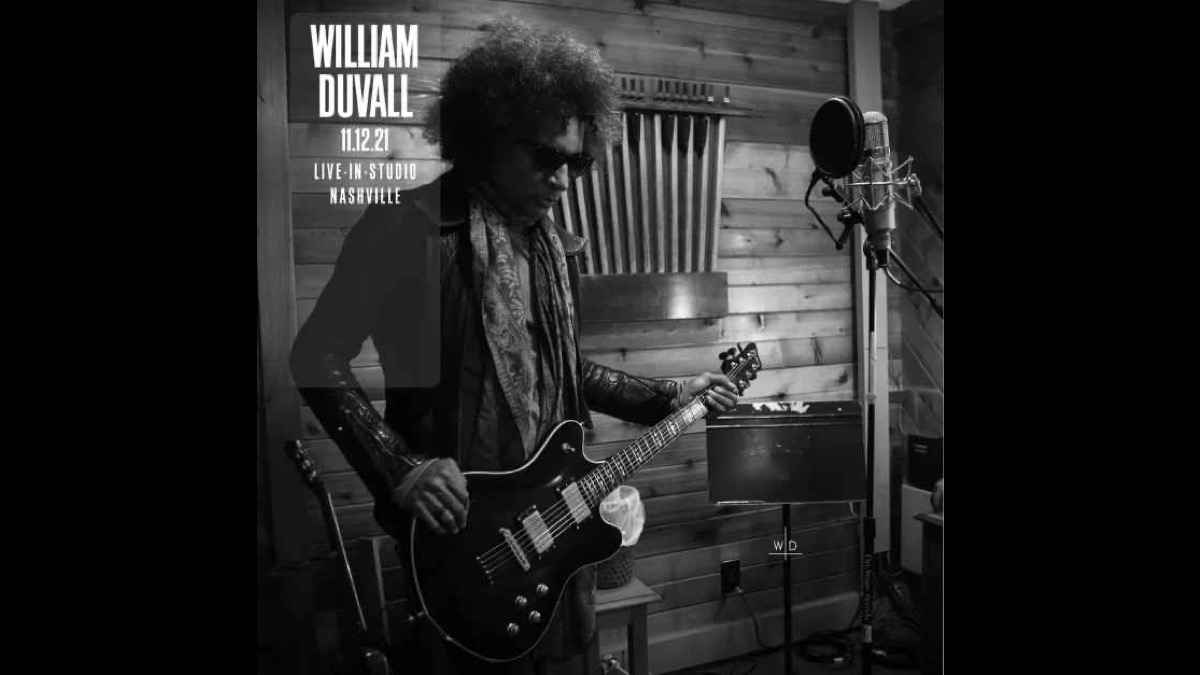 (hennemusic) Alice In Chains singer William DuVall is streaming audio of a performance of "Rockslide" as the first preview to his newly-announced album, "11.12.21 Live-In-Studio Nashville."

No "fixing" or remixing took place after the fact whatsoever, providing listeners with a raw, supercharged performance. "I cut a record last year. Literally," says DuVall. "No computers, no tape. Just a needle cutting grooves directly into a plastic lacquer disc as we played live. The 'we' in question is myself on the 6 (and the singing), the great Jeffrey Blount on the 4, and the phenomenal Greyson Nekrutman on batterie.

"Four songs per side, no dead air and no breaks (except to change the lacquer between sides). An album recorded and mixed in just under 40 minutes but informed by many lifetimes."