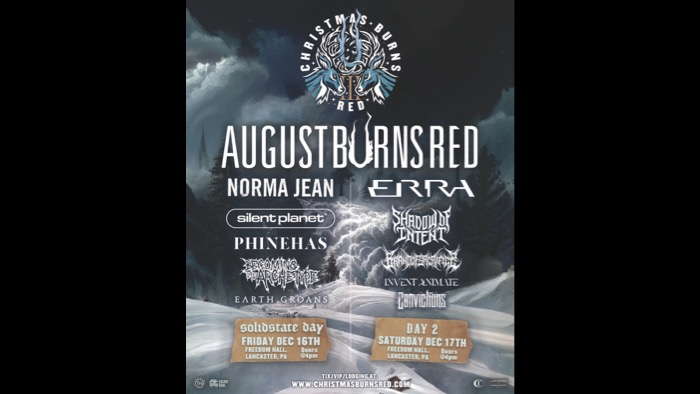 Both nights will be headlined by August Burns Red and it will mark the band's first time performing two nights at Freedom Hall. Previous years found the band playing a smaller kick-off show in a club setting and following with a show at Freedom Hall.

December 16 will also be "Solid State Day" and features a lineup of bands from the Solid State Record roster. ABR's set for this show will be comprised exclusively of material from their Solid State catalog.

"Christmas Burns Red is an event we've worked so hard to make better each year," the band says. "This is our first year doing two days in Freedom Hall and we can't wait to watch all these awesome and talented bands play across the weekend. These shows are always the highlight of ABR's year. We look forward to making new memories with everyone in December!"

Ticket, VIP packages, and lodging details can be found here