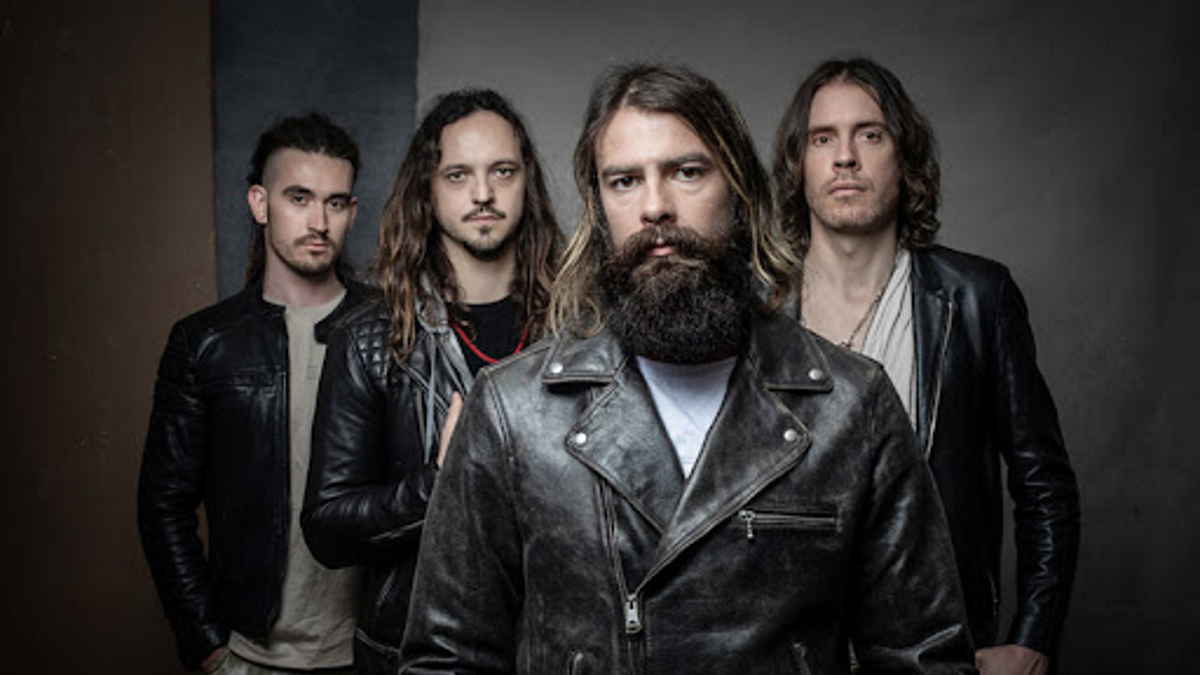 Gould states... "I saw the video for 'Caught in the Undertow' that this band from New Zealand made themselves and it was everything I love about rock music. The visuals and song were great. Digging deeper, I realized this band had crazy talent and it was something I had to be involved with. When playing it for some of my friends (including Jim Morewood/John Jackson from K2 Touring) they agreed this was a band that was only going up."
In connecting with Raskulinecz as their producer, guitarist Wallace noted, "You can hear his passion. He was someone the band really resonated with. The vision that he has, the music he creates, and the performances he draws out of bands like Korn, Ghost, Deftones, and of course, Alice In Chains. We couldn't be more excited."

They are recording brand-new songs in Nashville that capture Black Smoke Trigger's unique rock flavor. The co-write with Draiman is "a heavy, hard-hitting song you can't ignore" the band explains. Other tracks will showcase the band's signature no-holds-barred modern rock blitz.

It will technically be Black Smoke Trigger's second release; the first EP was tracked a mere three months after they formed in 2019. BST recorded Set It Off with producer Michael Wagener (Metallica, Ozzy Osbourne). The singles "Caught In The Undertow" and "You Can Have it All" introduced a young band with old souls. The cut "The Way I'm Wired" featured Mötley Crüe guitarist Mick Mars. The Set It Off EP jumped onto the Billboard charts with #12 Hard Rock Album Sales and #13 Heatseekers Albums. Check out the "Caught in the Undertow" video below:

"Our first EP was really an homage to our influences. Since then we've had a lot of time to sit together in a room to write and play, and our new material is representative of who we are as a band in 2022. We've grown so much in the last few years, matured, and come into our own as songwriters. The upside of being in one of the most aggressive lockdowns in the world is that it really allowed us the time to pull out our best material"

The New Zealand-based 4-piece was poised for their first-ever U.S. tour in 2021 that included a show at the Whisky A GoGo in Los Angeles with Drowning Pool, hed P.E. and Il Nino. However, Covid travel restrictions halted those plans.

"We've been waiting a long time to record and play in the U.S. and it's finally here," Wallace says. "We're beyond excited to record in Nashville with Nick to make the best possible record we can."