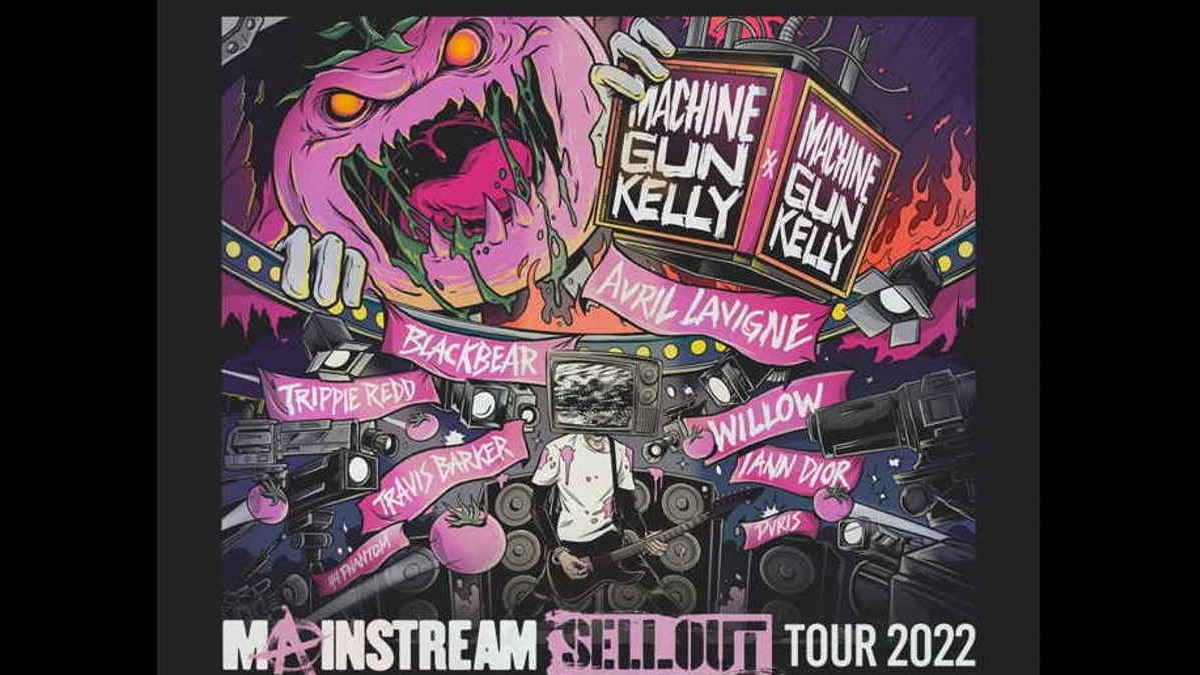 Blink-182's Travis Barker reportedly returned to live performing "against his doctor's orders", according to Machine Gun Kelly, who invited the drummer to join him for the final dates of his Mainstream Sellout Tour.

MGK shared via Instagram Stories on Tuesday (August 9th) that he invited Travis for the final three stops on the tour that wraps up this Saturday, August 13th in Cleveland, OH at the FirstEnergy Stadium.

The show must go on! Machine Gun Kelly revealed via his Instagram Stories on Tuesday (Aug. 9) that Travis Barker will return to his Mainstream Sellout tour for the remaining concert dates despite the drummer's health status.

Kelly shared a screenshot of his FaceTime call with Barker and shared, "Against his doctor's orders AND with a broken thumb, I convinced @travisbarker to come join us for the last couple days."

Travis took to his own Twitter account on Wednesday and tweeted, "I'm impregnating the entire crowd at the @machinegunkelly show tonight... with a broken thumb and torn tendons," ahead of MGK's concert at the Enterprise Center in St. Louis.

The 46-year-old drummer was hospitalized last month with "life threatening pancreatitis". He shared on July 2nd, "I went in for an endoscopy Monday feeling great. But After dinner, I developed excruciating pain and have been hospitalized ever since.

"During the endoscopy, I had a very small polyp removed right in a very sensitive area, usually handled by specialists, which unfortunately damaged a critical pancreatic drainage tube. This resulted in severe life-threatening pancreatitis.

"I am so very very grateful that with intensive treatment I am currently much better."

His wife, reality TV star Kourtney Kardashian added via social media, "Travis and I went in for a routine endoscopy together and he ended up with severe, life-threatening pancreatitis.

"I'm so so thankful to our specialists, doctors, and nurses at Cedars Sinai for taking such wonderful care of my husband and me during our stay."