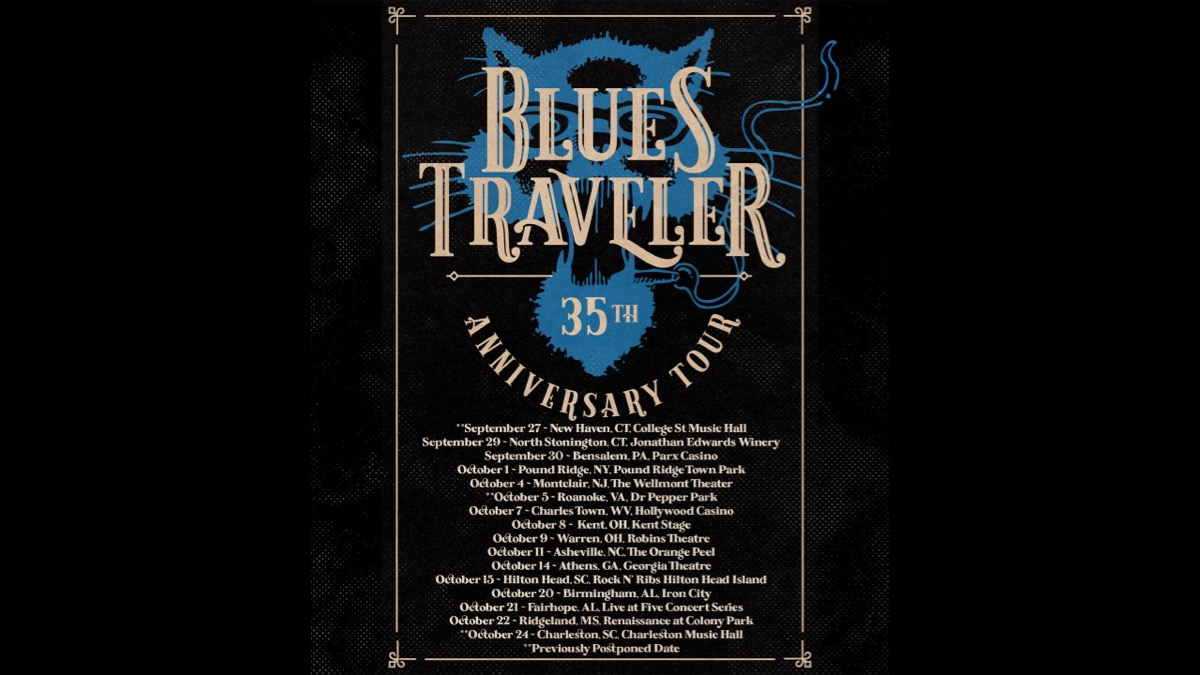 Blues Traveler has announced that they will be continuing their 35th Anniversary Tour with the addition of new dates to the trek this fall, as well as rescheduled previously postponed dates.

"This little tribe we built in New York during the late eighties has survived all the way through-plus or minus some dearly departed brothers and sisters. It's empowered us to be creative, make people happy, and travel around spreading some good vibes.

"The longer we do it, the more we like it. Now, thanks to our latest album, people know we can actually play the f***ing blues too." See the dates below: