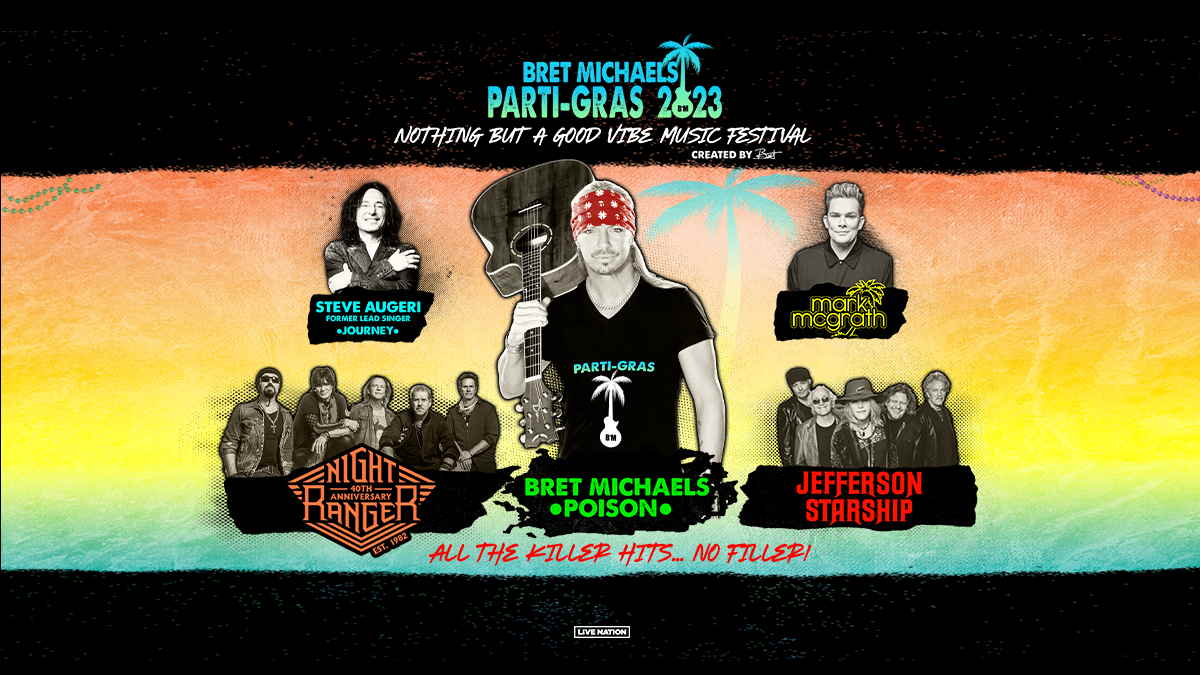 Poison frontman Bret Michaels has officially announced his 2023 Parti Gras Tour that will be feature support from guests Night Ranger and Jefferson Starship with special appearances from Steve Augeri (former lead singer of Journey) and Mark McGrath (Sugar Ray), plus a nightly surprise guest to rock your world.

Michaels revealed the plans for the tour last week during an interview on SiriusXM and explained the mystery guests aspect of the trek, "We have special mystery guests. Every single night there'll be someone on that stage.

"I can't tell you exactly who it is, but if you've ever looked at everyone who's been on stage - I've had everyone from Jimmy Page to Jimmy Buffett to Paul Stanley - you don't know who it's gonna be, but we're gonna bring someone out and they're just gonna come out at the end of the night and we're gonna do their song.

The short tour will be kicking off on July 13th at the Pine Knob Music Theatre in Clarkston, MI and will wrap up on August 6th in Charlotte, NC at the PNC Music Pavilion.

Bret had this to say, "I created Parti-Gras as a sincere and grateful thank you to the fans, friends, and family who have rocked with me over the years.

"I promise to deliver positive energy, live, raw, real music, and all the bands will deliver sing-a-long hit after hit songs. Your voice will be hoarse after an epic, big, fun stage show."

Rick Franks, Global Touring Live Nation, added, "After seeing Bret bring the party in every market of The Stadium Tour, this past year, we are looking forward to more of his 'nothing, but a good vibe, high-energy performing' on The Parti-Gras Tour next summer."