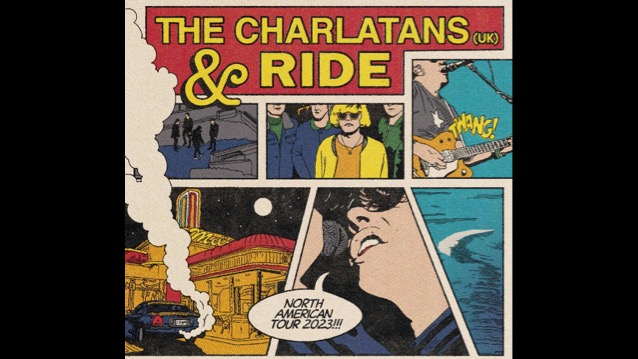 The Charlatans UK and Ride have announced that will once again be teaming up, this time the acclaimed UK groups are banding together for a North American co-headline tour early next year.

The bands previously coheadlined the Daytripper concerts in Brighton and Blackpool back in 1993. This new tour is set to kick off on January 30th, 2023 at New York City's Webster Hall and will wrap up on February 18th at The Wiltern in Los Angeles, CA.

The bands will be alternating the headline slot each night and fans will be treated to The Charlatans UK performing their entire 1992's sophomore album, "Between 10th and 11th", and Ride performing their debut "Nowhere".